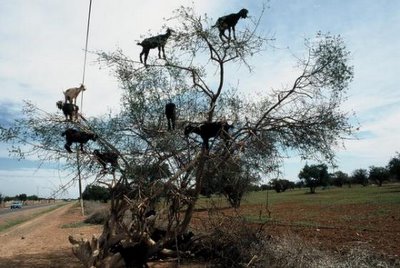 Not all of my friends are big travel freaks like me and Roland. I remember when my sister came to visit me in Amsterdam when I was living there in the mid-70s. She was like 20-something and I think it was her first trip outside of the U.S. I can't swear to this but I think she stayed one night and hightailed it back to Brooklyn. Years later I can remember telling two old friends, Ken and Tony, the former now NYC's most celebrated restauranteur and the latter the son of a wildly successful author of paperback romance novels, how Thailand was the most incredible place I had ever been and regaling them with stories of all that incredible place has to offer. They seemed particularly interested in the charms of Patpong, Bangkok's once notorious red light district (which now has more in common with Disneyland than Hell), and soon were winging their way over the big, blue Pacific. Ken called me from The Oriental Hotel, traditionally considered the best hotel in Thailand and a perennial contender for Best Hotel in the World (a presumption that will be duly examined once I start writing about Thailand). "What kind of a joke is this?" he demanded. Was he pissed! They must have seen some doody in the street or something else that infuriated them, made them feel insecure and angry and caused them to return to the safety of lovely clean California the next day. The horrible fiasco strained our relationship.

Some people love foreign travel for the foreignness and exoticness and they actually love trying foreign foods. (Rumor is true that one will find McDonald's in places like Paris, Tokyo, Casablanca, Moscow and even in Tuscany, not to mention Oulu, Finland and at the U.S. concentration camp at Guantanamo in Cuba.) One of the joys of travel, for me at least-- maybe second only to meeting people and exchanging ideas, etc-- is eating food from other countries. Here in the U.S. we all certainly love the U.S. versions of Italian food, Chinese food, Mexican food and French cooking. Yummy, right? Believe me (please, please, please), it's even better when you eat it the way it was meant to be eaten. And that doesn't even begin to talk about the joys of Thailand's royal court cuisine or of the unique cuisine of southern India (with their iddlis, thorans, avials, poottu, olens... things you won't find in the typical American curry house), nor of the delicious cuisine of Morocco which is as sophisticated and unique as the ancient cooking styles of China.

I never get enough Moroccan food and our favorite Moroccan bloggers, Samir, El Glaoui and Zany cover the bases authoritatively and with panache at The View From Fez, an absolute must read for anyone who is planning a non-fasting trip to Morocco. But the very foreignness of strange cuisines, as appealing as they are for me, repel some people and keep them from travel. It astounds me.

A few weeks ago Roland and I were stumbling around the Tangier medina around 8 PM. We were taking a 6 hour train ride to Fes the next day and I wanted to get some bananas and pecans to take along as a snack. We found a likely little grocery with a great display of all kinds of nuts. No pecans though; the proprietor had never heard of them and I figured they just didn't have 'em in Morocco (until I later found loads of them in Marrakech). Anyway, one thing lead to another-- as it so often and so fortuitously does when you're open to it-- and pretty soon the proprietor was having us try and compare this kind of date and that kind of dates and these nuts and those nuts. It was a joy and eventually he pulls out a plain unmarked bottle and beckons us to smell and then taste the murky-looking oil within. The smell was phenomenal and the taste... almost life-changing. It was argan oil.

One of the undying memories everyone who drives north from Essaouira will always cherish will be his first glimpse of an argan tree. That's because every branch, heading up to the sky, will be loaded with... goats. I'm not kidding and I swear I didn't use photoshop on the picture above! To me the argan tree was always primarily about the incredible climbing tree goats first and the amazing wooden things made in Essaouira.

Last night Roland came over and he was watching some ballgame in the living room while I was writing about the deprecations of George Bush, Tom DeLay and other Republican crooked politicians on Down With Tyranny. As I finished I suddenly remembered I had something really wonderful in the kitchen that Roland didn't know about. "Close your eyes. I want you to smell something." He resisted for a minute and then, assured I didn't have a prank in mind, he inhaled, first tentatively and then greedily. He sprang out of his chair yelling "argan oil" and demanded a teaspoon of it.

It tastes scrumptiously nutty, especially the roasted stuff and it is really healthy, reducing LDLs (bad cholesterol) in the blood, and providing essential fatty acids and lots of omega-6 and vitamin E. Today I had a long talk with the manager of Erehwon who had never heard of it but promised to see if he could order some. The bottle I smuggled into the states won't last forever!
Posted by DownWithTyranny at 5:19 PM

Email ThisBlogThis!Share to TwitterShare to FacebookShare to Pinterest
Labels: Morocco

What's with the goats up in the tree? I thought the picture was faux, done by your DWT artist, but when I read the blog it said they are real! Why do they climb up there? If they are eating the tree, don't they destroy it?

That's right kids, does the oil sound too good to be true? It is. Consider the following:

"The trunk of the argan is often twisted and gnarled, allowing goats to clamber along its branches and feed on the leaves and fruit.

The fruit has a green, fleshy exterior like an olive, but larger and rounder. Inside, there is a nut with an extremely hard shell, which in turn contains one, two or three almond-shaped kernels.

When goats eat the fruit, the fleshy part is digested but the nut remains. Later, the nuts are collected by farmers to produce oil."

This reminds me of the Cheech & Chong bit where they are smoking and Chong explains "it's mostly Mauie Wowie but it has some Labrador." "Huh??" "Yeah, my dog ate my stash and I had to follow him around for a week to get it back." Cheech: "You mean we're smoking dog sh*t?!"

This salad dressing is delicious! What IS it?!
Aragon Oil.

I have to say that is a good lookin set up there!! I mean I have heard of sitting ducks before and love to shoot em when they are sitting rather than flying (easier on my constipation issues and slipped disk situation) but wowie Howie, that is what I call sittin Goats! I mean that would make easy targets for my right-wing buddies who love to throw down a few big ones with each other...and then go out a shootin critters for fun, while pretending they are Iraqis.
I would like to set up something like that here on a ranch in Pombo country. But with goats....Can DWT help me out with this? I'm sure we can get a lot of illegals to collect them nuts Jimmy D was talking about and make some salsa.
God Bless Ye Mauie Howie wowie

Great photo! I think I understand, the goats eat the flesh of the fruit, deposit the nuts at the base of the tree, the farmers harvest them, press the oil out and serve up the resulting oil to us. I'm ok with that, I would really love to try this oil, I've never even heard of it.

I was about to say something on this topic. But now i can see that everything on this topic is very amazing and mind blowing, so i have nothing to say here. I am just going through all the topics and being appreciated. Thanks for sharing.

Great share !! amazing content, I liked your blog very much. I would like to mention a site Writing amazing blogs on Argan Oil For Hair: 5 Benefits And Some Tips On How To Use It https://holisticfoods.com/argan-oil-for-hair/