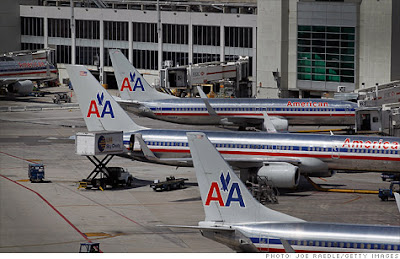 AMR filed for bankruptcy early this morning in New York City. Their Frequent Flier miles are now what is called "a general unsecured claim" and it's far from certain that they'll be useable. Or maybe they'll make a deal-- like a million miles for an upgrade to business class or an extra checked bag-- maybe even a roundtrip on a day you don't want to fly to a destination you would never want to go. Rothschild, Inc., one of the sleaziest and most predatory Wall Street financial firms anywhere in the world is their financial advisor. Rothschild specializes in advising their clients how to screw everyone, especially consumers. From their press release:

"But as we have made clear with increasing urgency in recent weeks, we must address our cost structure, including labor costs, to enable us to capitalize on these foundational strengths and secure our future. Our very substantial cost disadvantage compared to our larger competitors, all of which restructured their costs and debt through Chapter 11, has become increasingly untenable given the accelerating impact of global economic uncertainty and resulting revenue instability, volatile and rising fuel prices, and intensifying competitive challenges.

"Our Board decided that it was necessary to take this step now to restore the Company's profitability, operating flexibility, and financial strength. We are committed to working as quickly and efficiently as possible to appropriately restructure American so that it can emerge from Chapter 11 well-positioned to assure the Company's long term viability and its ability to compete effectively in the marketplace," Horton stated.

Sounds like the first target will be the airline's labor unions. Bloomberg reminds us that American was the last major airline in the United States to resist filing for Chapter 11 in an effort to shed contracts, a move that analysts said left it less nimble than many of its competitors. They had to sit out "a round of mergers that dropped it from the world’s largest airline to No. 3 in the U.S."

They'll be operating normally and they claim that they'll honor all Frequent Flier miles. Board chair Gerard Arpey is retiring and Thomas Horton has been named new chairman and chief executive. Last year American was the only major carrier not to turn a profit and looks like it will announce losing numbers for 2011 as well. 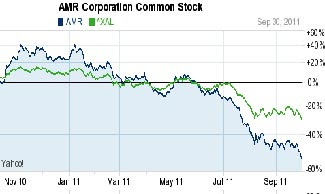 Posted by DownWithTyranny at 5:12 AM No comments: 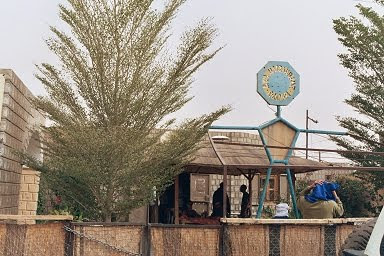 Posted by DownWithTyranny at 4:00 AM No comments: