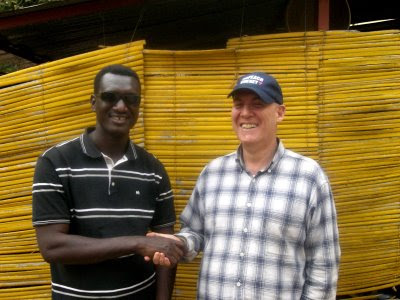 Earlier this month I was practically apologizing for writing about my favorite new restaurant in L.A. here because... well because it's in L.A. and so am I and I just have to drive 15 minutes to get there. And here I am back with the L.A. stuff again. Kind of. It's L.A. via Mali.

If you follow this travel blog at all, you may recall that a couple years ago I was wandering around Mali and Senegal. While waiting for my friend Roland to arrive so we could head out to the world's biggest mud mosque in Djenne and then on to the unpaved wilds of Dogon Country, I somehow wound up in Ali Farka Toure's recording studio watching Bassekou Kouyate complete I Speak Fula, the follow up to Segu Blue, his widely acclaimed 2007 international debut album.

In the way of context, let me tell you I've been very lucky with music in my life. Even before becoming president of Reprise Records, I had always had good music juju. I was knee-high to spit when I snuck off to the Brooklyn Paramount Theater to catch Maxine Brown. Not only did she sing my favorite song, Oh No, Not My Baby, but she came out the stage door afterwards and gave me a big kiss and an autograph that I treasured until I went to Afghanistan 5 years later. In the interim I booked concerts at my school by Jimi Hendrix, The Doors, The Temptations, The Fugs, Muddy Waters, Howling Wolf, Big Brother & the Holding Company, Pink Floyd, The Who, Jefferson Airplane, Otis Redding, The Byrds, the Dead... all the regular stuff we used to dance around to in college back then. And I was a dj and so on. Even when my music juju screwed up, it didn't screw up too bad. I once drove all the way to some village near Lyallpur in Pakistan, the familial home of the famous Ali Brothers (of my most enjoyable acid trips) only to find the Ali Brothers, Nazakat and Salamat, the world's greatest Qawwali singers, away on a concert tour. Years later I was working in a meditation center in Amsterdam and someone persuaded me to go upstairs to hear some "trippy Indian music" and it was... Nazakat and Salamat Ali Khan. Point: I've seen everyone (except The Beatles, all of whom I've seen individually). And the further point, when I saw Bassekou is the Jimi Hendrix of the ngoni, a description that is now widely used, and that the concert I saw him play at the French Cultural Center in Bamako was one of the greatest and most inspired live shows I've ever seen in my life... well, it's not like some kid telling you about the first live music he's ever seen. I knew Jimi Hendrix when he was the lead guitarist for the Night Hawks fronting John Hammond. He did his first American concert after he became the Jimi Hendrix Experience for me and that night I watched incredulously as he and my mother smoked a joint. I hung out with him in Essaouira and saw him play at the Isle of Wight Festival before he died and I went off in search of the Alis.

That said, Bassekou is not just playing in L.A. tomorrow (Sunday), he's playing a free show-- at Amoeba Records on Sunset, around the corner from that favorite L.A. restaurant I was talking about! If you're in the L.A. area-- unless you're lucky enough to have tickets for one of the shows at the Getty Center-- don't miss this chance.

Bassekou plays ngoni on President Obama's favorite record, Kulanjan but he's not well know in the U.S. yet, although he's a superstar in Africa and on his way to being one in Europe. This is what I wrote after seeing him play in Bamako:

I don't know how to describe the concert without losing the essence of what the music did for everyone involved-- both on and off the stage. Let me tell you, though, as magnificent as the recorded versions of his songs are, the live show is what makes it so amazing. The concert defined hot. When those syncopated rhythms get going, there is no resisting their power. Mali is the birthplace of the blues-- and the blues is still very much alive and vibrant here-- and it is the ancestral home of rock'n'roll in every imaginable way. Bassekou has that coursing through his blood and he knows exactly how to convey it to the audience.

And the dancing was as good as the music! Absolutely breathtaking! Truthfully, I can't remember the last time music compelled me to jump out of my seat and dance in the aisle. Last night it did.

I found this video on YouTube-- Bassekou at the Orange Peel in Asheville, NC a couple weeks ago. I wonder if Heath Shuler made it to the show. Bassekou will be in Savannah on April 2nd and I'll definitely tell Regina Thomas to check it out; it's right up her alley.  In this clip it looks like a local banjo player found his way onto the stage; you can tell who he is because he's the one with the store-bought instrument. If you're in L.A., hasta mañana. Otherwise, Bassekou's U.S. tour schedule is here. Wow! 4 nights in Minneapolis and three in Lafayette, Louisiana!

Posted by DownWithTyranny at 5:19 PM No comments: 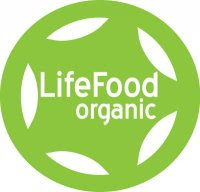 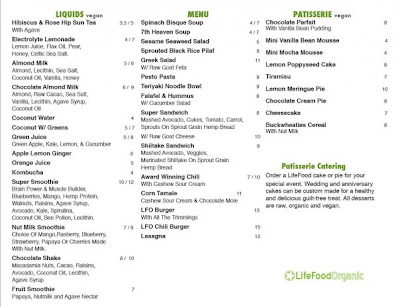 Click on the menu so you can read it-- and a warning: they usually only have a few things on any one day-- but they're ALL yummy
Posted by DownWithTyranny at 10:43 AM 4 comments: