I may have mentioned how I'm planning out a trip to remote, mysterious Albania in a few months. In all honesty, most of the vacation will be spent in Rome eating in places like La Pergola, Roscioli, Quinzi & Gabrieli, Colline Emiliane, and Al Ceppo and wandering around the Pantheon, the Trevi Fountain, the Castel Sant'Angelo and, of course, the Vatican. Two weeks of that, then Albania; then more Rome. Yesterday, though, Roland, who was raised an atheist and claims to not even know what religion his antecedents were, directed me to a story in the L.A. Times about how Junipero Serra needs just one more miracle and-- BOOM-- he's a saint. It's been 75 years since they've been looking and 22 since he was beatified after being credited with curing a nun in St Louis who had lupus. One place they probably shouldn't look for the second miracle is on the Penn and Teller show, Bullshit!. You, on the other hand, might enjoy it, especially if you're planning a trip to the Vatican-- or even plan to live it vicariously through my reports here.

[This video was originally hosted as a single clip by Vimeo, a company that pulls down videos if anyone says "boo" to them.] LOL! Looks like the Vatican got to YouTube too! OK, I found another copy online. The facsistic Catholic League has been suing to get this episode removed so... watch it while you can:


Posted by DownWithTyranny at 4:20 PM No comments: 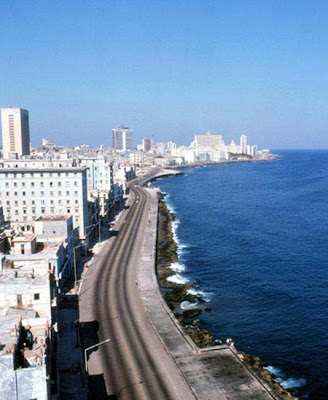 And an update from the U.S. Treasury Department: Change we CAN Believe in! Some concrete first steps towards normalization.
Posted by DownWithTyranny at 6:47 PM 1 comment:

Warning From Frommer's: Arizona Too Dangerous For Americans? 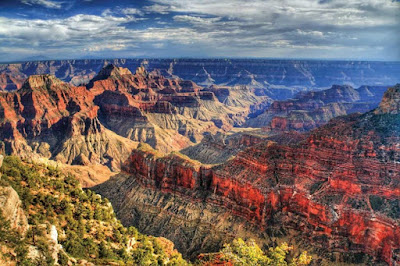 Some people check the State Department's website for their list of the most dangerous countries, places they're suggesting Americans avoid-- like Somalia, Afghanistan, Sudan, Nigeria, Pakistan, Mali, Algeria. Arizona isn't on the list. But it's on one that makes more sense: Frommer's. First off, I don't know if Arthur Frommer, the guide book magnate, is a Democrat or a Republican or an independent. It never even crossed my mind. On Wednesday, though, he indicated he's not a teabagger.

He's not advocating a boycott of Arizona (yet) but he does say that he's "shocked beyond measure by reports that earlier this week, nearly a dozen persons, including one with an assault rifle strapped about his shoulders and others with pistols in their hands or holsters, were openly congregating outside a hall at which President Obama was speaking to the Veterans of Foreign Wars." 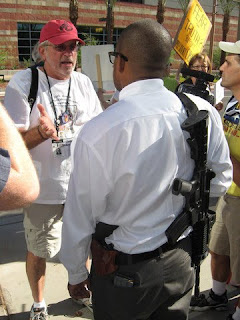 For myself, without yet suggesting that others follow me in an open boycott, I will not personally travel in a state where civilians carry loaded weapons onto the sidewalks and as a means of political protest. I not only believe such practices are a threat to the future of our democracy, but I am firmly convinced that they would also endanger my own personal safety there. And therefore I will cancel any plans to vacation or otherwise visit in Arizona until I learn more. And I will begin thinking about whether tourists should safeguard themselves by avoiding stays in Arizona.

What Frommer didn't mention is that Arizona is also home to a bizarre bunch of crackpot right-wing extremists who are very, very dangerous. It's a violent part of the country and he's worried tourists will wind up getting shot. Pam Spaulding brought a whole other perspective on this climate of crackpot violence today. Tempe fringe "pastor," Pastor Steven Anderson of Faithful Word Baptist Church has been urging that gay people be executed: "The same God who instituted the death penalty for murders is the same god who instituted the death penalty for rapists and for homosexuals, sodomites and queers... Our country is run by faggots. You know who was the man who was the architect of the bailout? His name is Barney Frank, he is a pedophile..."

And he doesn't stop with Barney Frank. He thinks Obama should be killed too: "God Hates Barack Obama, I hate Barack Obama. I hate Him. God wants me to Hate Barack Obama... Someone who commits murder should get the death penalty." I don't hate Arizona. In fact, I love Arizona. And most people are know from that state are probably as mortified about this kind of crap as you are.

What a mess! Arizona is, if anything, even worse and even more dangerous for civilians and tourists. Just today, another mass shooting by a local crackpot neo-Nazi! Anti-immigrant fanatic and vigilante lunatic "T.J." Ready murdered 5 people, including an infant before committing suicide. He wa shoping to run for Pinal County sheriff. Probably safer to visit New Mexico or California.
Posted by DownWithTyranny at 11:11 PM No comments: 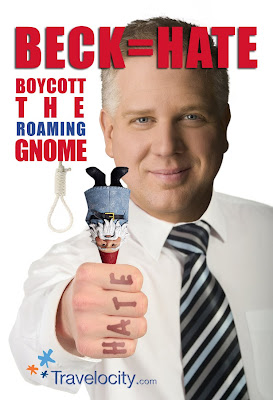 I try not to mix this blog too much with my political blog Down WithTyranny but sometimes... it's just hard to resist. Americans are boycotting Travelocity and several other companies and I want to make sure Around The World Blog readers know why. Travelocity-- like GEICO-- has been keeping racist inciter Glenn Beck on the air spewing his divisive hatred, They pay for his air time. Unlike GEICO-- which just pulled all their advertising today-- Travelocity refuses to stop underwriting the hatred and racism. Please don't do any business with Travelocity until they stop spending money on Glenn Beck's Fox News HateFest. Kayak.com is a way better site anyway. MediaMatters did a short video clip that puts it in perspective:

The same thing happened to Travelocity that happened to Blue America. Like us, they just did a cable buy and wound up with some of their ads going to underwrite the hatred, racism and violence being incited by Glenn Beck. And like Blue America, Travelocity has asked the cable systems to stop running their ads on the hate shows. After all, how many racists like to travel anyway? Where would they go? From C&L:

Dear Roger - We did not specifically place our ad on the show. We basically buy ads in bulk and then they are placed somewhat randomly. However, we have now specifically asked that our ads do not appear during this show. Thank you for your concern,

Posted by DownWithTyranny at 1:34 PM 4 comments: