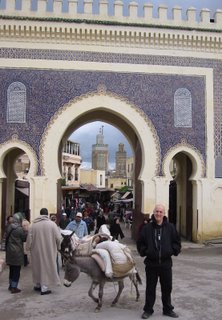 Upper class Brits in the 18th and 19th century used to round out their education with The Grand Tour, a way of learning about the culture of the rest of the world that usually lasted for at least a year and sometimes far longer. People who couldn't quite afford that, used to run away to sea. When I was 15 I hitchhiked from NYC to L.A. and tried stowing away on a ship to get to Tonga. It didn't quite work out for me but at least I discovered drugs and was soon taking LSD trips which were an acceptable substitute for international travel-- for a time. Travel allowed me to break free of all the definitions that bound me up to the dull conformity that endeavored to tell me who I was and what I could and couldn't do. I mean a 2 year trip through Turkey, Iran, Afghanistan, Pakistan, India, Sri Lanka and Nepal can't help but change one's outlook pretty fundamentally; it was far more edifying than the public education system which has little choice but to cater to the lowest common denominators and try to make junior citizens into good law-abiding stepfordites. None of that for me, gracias. Fortunately teachers of mine like Isabel Golinsky and Chet Fulmer encouraged a love of literature that banished any semblance of a craving for conformity that may ever have existed in me. Acid trips-- before I could figure out how to travel around the world and immerse myself in other cultures-- pushed me along even further-- and faster.

My last acid trip was on New Year's Eve, 1969. I never drank a beer in my life and I haven't used drugs for three and a half decades. But I still revel in travel, the geographic kind. Last year I was letting my cup runneth over with the joy of all these amazing new restaurants in Bangkok. (I was only there for a week, on the way back to America from a more extended-- and relaxing-- visit to Bali, and there wasn't enough time for my culinary tour of one of my all-time favorite cities.) I said to myself, "Self, why don't you write a guide book to Bangkok restaurants?" I used to be the restaurant critic for a weekly business newspaper in San Francisco (when I was poor and in need of free meals) and I was one of the original correspondents for the now very popular Zagat's Guide. But a restaurant guide to Bangkok never quite got off the drawing board-- nor even onto it. Instead I started blogging about the criminality of George W. Bush, Randy "Duke" Cunningham, Tom DeLay, etc at Down With Tyranny. Oh I love that and occasionally I throw in something about a film or music or a restaurant.

A few months ago, when I was just figuring out how to blog, an old friend from my days in San Francisco (hers too), Jane Hamshire of FireDogLake invited me to a leftie bloggers get together in Mullet, California. One of the people I met there was Pat Saperstein who does a not-leftie-at-all blog called Eating L.A.. I think restaurant reviews go over better there than on Down With Tyranny (alas). This year I spent a month in Spain and Morocco-- having returned last night-- and a month in Bali and Thailand. Whenever I try writing about stuff like this-- or about music or food or health... topics that interest me as much as Bush-bashing-- I get a load of letters complaining and demanding I go back to Bush-bashing. Fine, fine. This will be the only time I write something for both Down With Tyranny and for my brand new child, Around the World Blog. Welcome. (How long do you think it will take before I get letters from people complaining about the travel blog being too political?)
Posted by DownWithTyranny at 9:25 AM