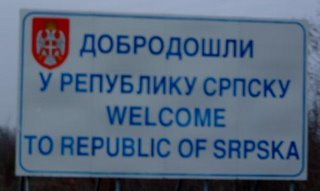 Although the sturdy and intrepid New York traveler I met in the Ushuaia airport last week turned out to be a Republican nutcase, this isn't another story about how Argentina is the one place in the world-- other than Israel-- where you meet right wing Americans on the road. Actually, I really liked this lady and even asked her to do a guest blog (when she started talking about how older women are safe because they are "socially invisible"). She declined my offer because she doesn't have a computer. Anyway, aside from her theories on how "the woman's lib walk" keeps her out of trouble and how Rudy Giuliani was the best thing that ever happened to New Yorkers, she talked a lot about her travels. She's really been everywhere. And she's a member of the Travelers Century Club.

Now I'm a member in good standing of the Mile High Club but I had never heard of the Travelers' Century Club. Unlike the Mile High Club, this is an actual club with meeting and dues and a newsletter, etc. To be a member you have to have been to 100 "countries," although they have a unique and utterly specific way to decide what a country is. (Their definition is very different from the UN's and there are 317 of them.) Hawaii, Alaska, Sicily, Corfu and Hainan count. Koh Samui, Long Island and Tierra del Fuego don't (although both the Chilean and Argentine South Pole stations do count as countries). Anyway, TTC was started in 1954 and if you've visited 75 countries you can be a kind of associate member. It costs $100 to join and yearly dues for Americans are $40 ($70 per couple). If you don't live in the U.S. yearly dues are $50 but there's no discount for couples. The headquarters are in Santa Monica (their phone number is 310-458-3454 and you can e-mail them at tccclub3@gte.net).

There are over 1,500 members and 35 of these have visited 300 or more countries. They sponsor club tours to out-of-the-way places like Northwest Passage, Central Asia (the “Stan” countries), West Africa, the World Heritage sites of North Africa, islands of the Indian Ocean, the Marquesas and Tuamotus, a Cape Horn to Cape Town cruise, the South Atlantic islands, including Bouvet Island, Greenland/Iceland/the North Pole, North Korea, the outer islands of Britain, Barrancas del Cobre, the Sahara, and they have circumnavigated Antarctica. 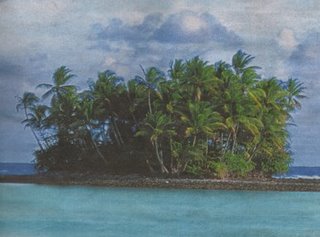 The most recent countries added to the list of qualifiers are Prince Edward Island, Nakhichevan, Srpska (northern Bosnia), Kosovo, and Trans-Dniester (between Chisinau/Odessa). I'm over the 70 countries mark counting Srpska and Kosovo. If you want to be able to count Tuvalu, you better go soon since it is sinking below the Pacific waves and it's highest point is only 16 feet above sea level. Wait!! I just saw a proviso that fuel stops count as a "visit," which adds South Korea, Alaska and Taiwan to my list. I'm qualified to be an associate member!
Posted by DownWithTyranny at 11:07 AM