I've often mentioned that Delta is the worst of all the awful domestic carriers. I try to avoid flying that airline when there is an alternative going to the same destination. I even stopped using my American Express card and using my Master Card instead, the former hooked up to Delta and the latter to the less venal American. It seems like all the news we get from the airline industry these days is bad news. Earlier in the week I wrote about the heinous, anti-democratic rich-people-to-the-front-of-the-line-please Fly Clear program. And we've all been experiencing how the airlines are nickeling and diming us all to death with fees for everything. I'm certain pay toilets on board are next-- and I'll bet Delta leads the way.

Still, to be fair, Delta is actually leading the way on something awesome for a change-- albeit a new way of squeezing more money out of travelers. According to today's Washington Post wireless Internet starts this fall! Actually it'll only be on 133 MD88/90 planes this fall. The rest of the fleet won't be ready 'til next summer. "The service will be available to customers for a flat fee of $9.95 on flights of three hours or less and $12.95 on flights of more than three hours."


UPDATE: Meanwhile, JetBlue Is Charging For A Pillow 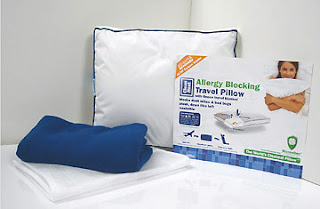 I just saw a Jet Blue executive, CEO Jeff Barger, making the unique, if twisted, case that his company's decision to start charging $7 for a pillow and a blanket was a great bargain. Apparently those pillows and blankets we've all been using on planes were filthy and germ-ridden and only laundered every few weeks. The $7 ones are fresh and clean and you get to take it with you... if you have room in your costly checked luggage.

The new issue of Time points out that Southwest is the "one major airline that is bucking the trend of increasing fees... [and] still doesn't charge for checked bags (up to two), nonalcoholic drinks, blankets or making a change to your flight." On the other end of the spectrum, USAirways "broke new ground last week by starting to charge for all beverages: $2 for a soft drink (or even a bottle of water); $1 for coffee or tea. Checked bags cost $15 and $25; flight changes are $150."
Posted by DownWithTyranny at 4:54 PM No comments:

Where on Earth will YOU vote? I could have voted in Fez
Right now, as I mentioned, I'm planning a trip to Djenne, Mopti, le pays Dogon and Timbuktu; that's all Mali. And a lot of it is relatively inaccessible without a camel-- or, thankfully, a 4WD. I planned my trip after the election. If I wasn't actively working for some many candidates, I didn't have to. Voting from abroad is way easier now than it used to be when McCain was young and you had to vote with cuneiform. Cheap joke; but when I was around 20 I was living in Afghanistan and I had to ride a horse down from the mountains to vote in the U.S. Embassy in Kabul. It's a lot easier today.

This morning I got a message from an Obama-related group called VoteFromAbroad via Facebook. They lay out the simple steps of how you can vote from anywhere in the world... even Mali or Afghanistan. They even have a YouTube:

Posted by DownWithTyranny at 7:39 AM No comments: