Kathmandu, Not #1 For Much... Except Pollution 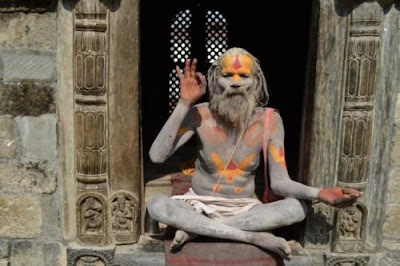 I'm guessing anyone will look this dirty if they walked around Kathmandu for a day or two
I don't remember Kathmandu being especially more polluted than any of the Asian cities I visited in the late '60s and early '70s. Even in 1991, the last time I was here, the air quality wasn't especially unbearable. It is now. If there's one item not to forget when you plan a trip to Kathmandu, let it be as high a quality face mask as you can find. I've got one with a carbon filter by a company called I Can Breathe! I wouldn't go out of my hotel without it. Think I'm exaggerating? A couple weeks ago the Vancouver Observer published a feature by Linda Solomon, Air Pollution in Kathmandu Off The Charts.

She starts by pointing to a World Health Organization report that declares Kathmandu is now the most polluted city in Asia. The air here can kill you.

The air in several Asian cities will kill you sooner of later: Beijing, Dhaka, Hanoi, Ho Chi Minh City, Jakarta, Kolkata, New Delhi, Shanghai... But Kathmandu is worst of all, a big development since our report on the world's worst city air in 2009. In the list from 2004 Kathmandu didn't even show up in the Worst 20. Solomon knew it was going to be polluted but she wasn't prepared for how terrible it is now. No one could ever be.

Kathmandu in the dark on the way to the hotel from the airport had been hard to evaluate, beyond the obvious: people were poor.   Millions.   And the air stank and didn't go down easily into the lungs.  It was as bad or worse than the air I breathed in New York City right after 9/11.  I had fled  from post-World Trade Centre attack air, because I couldn't inhale it, and I believed it would do serious damage to my children's health.  And people here were much breathing worse, like it was normal. They were stuck in it.

I had certainly HEARD about the pollution in big cities in the developing world. I'd experienced it in the nineties. But  between the nineties and now, pollution had taken quantum leaps. I thought of my friends in Canada working so hard to fight climate change. By comparison Canada seemed so pristine. Here was where the real work would need to happen. Cities in the developing world. Cities like Kathmandu.

The noise pollution is easily the worst I've ever heard. All drivers honking all the time. It's almost unbearable to be out in traffic. That's why everyone who comes to Kathmandu can't wait to get away from the valley as soon as possible.
Posted by DownWithTyranny at 8:00 AM