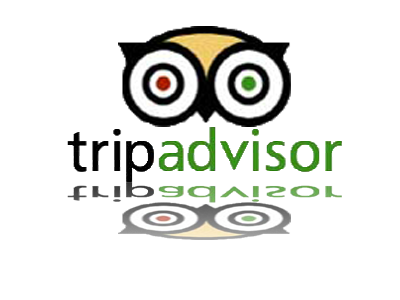 When I visit a hotel or restaurant that is especially wonderful I'm always eager to recommend it to others-- and the place I go is TripAdvisor.com. I also go there to report to other travelers about crooked landlords, shoddy service, bad food, etc. It's a rule of the road I learned when I spent a few years driving across Europe and Asia in the '60s and '70s; you always look out for the brotherhood of travelers. Here are some of my most recent reviews from the best fish restaurant in Casablanca and the best Jewish restaurant in the Roman Ghetto to the best hotel in Fieri, Albania, a wonderful villa I rented in Ubud on Bali and all the best boutique hotels in Mali, as well as the best restaurant in Bamako! All the reviews but one-- for the grossly overrated Mamounia in Marrakech-- are positive. But I also have an e-mail from 2007 threatening a lawsuit for explaining how I rented an upscale apartment in Buenos Aires only to find that the landlady had stolen five one-hundred dollar bills out of the safe.

I also check on TripAdvisor for what others have to say, although unless I get a clear consensus about a place, I'm always somewhat skeptical about any one review. Besides so much is just a matter of taste. McDonald's is probably the most "popular" restaurant in the world. But I'd fast for a week before I'd ever eat in one... two weeks.

So I had to laugh today when I saw that the Guardian is featuring a news story on how British hotels are getting involved in a class action lawsuit against TripAdvisor because they don't like the reviews they're getting! It sounds like a bit of a scam by a KwikChex.com, a British "reputation management" firm, which is charging £35 (around $55) and "hopes to corral 1,000 peeved owners into a group defamation action."

One guesthouse owner says she has been branded a racist after turning a potential guest away and is so upset she has gone to the police. Another says he is giving up the B&B business he has run for 30 years following an online review claiming his rooms were dirtier than a sewage works. A third claims he is in despair because he seems to be spending more time dealing with unfair reports than actually running his successful seaside hotel.

They are just some of the 700 or so members of the hospitality business who have either committed to, or are contemplating, legal action against TripAdvisor, the world's largest travel review site, over what they regard as unfair reports.

A company specialising in protecting online reputations is collecting examples of comments that it believes overstep the mark. The firm, KwikChex, intends to collate the most "serious" examples, then ask TripAdvisor to take action. On one day this week KwikChex was dealing with an inquiry every five minutes.

Among the cases KwikChex is examining was a review on Brook Barn Country House, in Oxfordshire, a five-star B&B billing itself as a "jewel of a hideaway". Most reviewers on TripAdvisor agreed. "What a fantastic place!" says one enthusiast on the site. "A wonderful country retreat" adds a second.

But if readers scrolled down further this week they came across a review from "Ferdi", an IT salesman of Indian origin from the home counties who asked to be shown around Brook Barn. The hotel's owner, Sarah-Jane Ashman, recalls explaining that she could not as the rooms were full but was horrified a few days later when Ferdi's review appeared and seemed to accuse her of racism.

"I hate to ever think it but are there people out there who still have a problem with the colour of someone's skin?" Ferdi wrote. "I think I'll be staying away and would recommend to any other 'ethnics' to do the same. I don't think they like our sort around there."

Ashman says she was so distraught she called the police, arguing that the review could actually break the law by inciting racism. "Everybody gets bad reviews, that's fine," she said. "But to be called racist is completely wrong." [She could always move the show to South Carolina or Arizona and prosper with the reputation.]

Des Hague's B&B is at the other end of the scale. He charges £25 a night for a single room at Thornsett House, a Victorian villa five minutes from Sheffield city centre. "It's not the Hilton," he said, "But it's tidy and clean."

He claims his business has been undermined by "spiteful" reviews on TripAdvisor. Under the headline "B&B Hell" one reviewer claimed: "I have visited morgues, abandoned buildings, a sewage works and a coal pit. Each and every one was cleaner, tidier and better staffed than Thornsett House."

Other travellers disagree. "Friendly, warm, welcome" says one. But Hague says poor, unwarranted reviews are ruining his business. "Usually the phone is ringing off the hook at this time of year. Now there's nothing."

He says he has been in the business for 30 years but now plans to shut down the B&B. "I can't work out what is happening here. I've had enough," he said.

Earlier, the Guardian had an even more explicit report that must have been terribly amusing for its readers as they were learning there are over 35 million reviews on the decade-old site.

The Oddballs Palm Island Lodge is the second most popular lodge in Botswana's Okavango Delta, according to TripAdvisor. One user of the site, LASFNCY, "would recommend it in a heartbeat. Fantastic and memorable time". Duffyd, however, is not so gushing. "Snakes in my room, baboon pooping and peeing [in] my room and in the showers multiple times a day."

... Despite its critics, TripAdvisor is an online phenomenon; a brief flick through its listings has become a holiday institution, akin to last-minute passport panic, and outrage at airport sun-cream prices. The problem, of course, is oversaturation. As its listings continue to swell, things are becoming a little too noisy, and trawling through 738 reviews for a single hotel is a tiresome exercise. Increasingly, the skill is seeing the wood from the trees; sniffing out the haters (serial internet curmudgeons) and the sycophants (the owner's mum), and trusting the overall wisdom of crowds. Annoyed hoteliers should also heed the golden rule of TripAdvisor: for every 10 brilliant write-ups, there are always a couple of pooping baboons.

Posted by DownWithTyranny at 9:20 PM

Email ThisBlogThis!Share to TwitterShare to FacebookShare to Pinterest
Labels: TripAdvisor

We stayed at Scrub for a week for our honeymoon-- the food and service were fantastic and the spa was a relaxing getaway. They will pack you a cooler to take to the beach, have dinner ready when you arrive if you come in late-- so many little details that make you feel spoiled! We recommend doing the one on
Jewelry Link Exchange

It is very important to have good reviwes by Trip Advisor because many of us, tourists, look in that web site for info about hotels! I personally chose an apartment in buenos aires that had a great review by them and previous tourists and it went great. I think word of mouth is the most reliable source!
Kim