"Have airlines cut service to the point that no one wants to fly anymore? Some travelers say yes" (Christopher Elliott, WaPo) 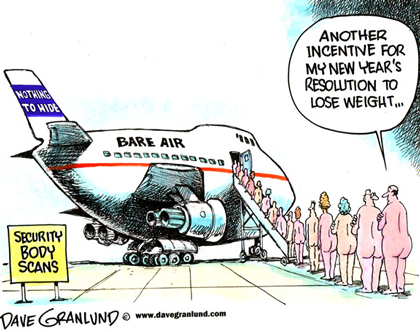 The Q-and-A in the post title above, which comes from a recent piece in the Washington Post by Christopher Elliott ("consumer advocate, journalist and co-founder of the advocacy group Travelers United"), probably won't be of interest to readers unless: (a) they have flown before, or (b) they may ever be forced to fly again. In the piece, "Gripes about air travel have some people swearing off certain carriers," Christopher asks: "What’s your breaking point? When do you say 'That's it — I'm never flying again!'?"

This is, he adds, "no academic question for America’s airlines." The airlines, he says, "continue to provoke passengers with new fees, surcharges and rules. They want to know when passengers would rather stay home."

At the same time, amid a government investigation into collusion, fare-watchers predict that air ticket prices will drop to record lows this fall because of lower fuel prices and, most important, decreased seasonal demand.

To put the question another way: "Have airlines gone too far? Have they cut service to the point that no one wants to fly anymore?"

"Some travelers say yes" -- the airlines have gone too far.


Crystal Stranger, an accountant from Honolulu, reached her breaking point when United Airlines — which she describes as “the worst airline ever for traveling with small children” — first charged for her checked stroller and then dinged her for overweight baggage as well.

“We had to take all our bags apart and re-pack” for being a couple of pounds beyond the limit, she remembers. “We were still charged an overweight baggage fee.”

"Airlines are fixated on collecting more money for your luggage," Christopher says. "Last year, they pocketed more than $3.5 billion in fees, and this number is on the rise." But it turns out that United was only No. 2 in the baggage gouging derby, at a mere $652 million. The champion? Would anyone be surprised to learn that it's . . . Delta? Delta's haul: $863 million.


THE GENIUS IS IN HIDING THE FEES

And "the undisputed industry leader" at hiding the fees, says Christopher, is Spirit.


Taylor Murray recently booked a flight from Las Vegas to Denver on the discount carrier and was surprised at the airline’s fees, which seemed even more extreme than the ones you’d find on one of the major carriers.

For example, Spirit charges for carry-on bags, and if you want a reserved seat, you have to pay extra for it. For Murray, a sales manager for a Las Vegas call center software company, it felt like a bait-and-switch. He says Spirit offered a low fare but then added hidden fees.

“At the end of the day the price came out to be the same as a known-name airline,” he says.

"A recent survey," Christopher reports, "estimated that about 40 cents out of every dollar you spend on [Spirit] will be a surcharge." And just to prove that up is really down and left is really right, "In a recent ad campaign, Spirit claimed airlines that include items like checked bags or seat reservations in ticket prices are dishonest about their pricing."

This "dishonesty" apparently extends to airlines that, nefariously, will actually give you a cup of coffee, just like that -- the fiends. For some reason a fellow named Matt Foley was surprised when he asked for a cup of coffee on a Frontier flight from Washington to Denver and was asked for a credit card.


“A buck-ninety-nine for coffee?” he says. “Really? To charge for nonalcoholic drinks almost made me scream.”


BUT THEN, SOME PEOPLE ARE JUST CHRONIC COMPLAINERS

Take this whiny Foley fellow, who --


says he’s baffled by the way airlines gradually removed legroom and then tried to charge extra for it in an effort to profit. At some point, he figures, either the airlines will run out of things to charge for, or passengers will run out of things they’re willing to pay for. But for him, that time has already come. He refuses to fly Frontier no matter how low the fare.

Asking "Have we reached the limit?" Christopher notes that Frontier has "caved in to customers such as Foley" -- that is, assuming you would call this solution Frontier recently came up with a cave-in. "In August, [Frontier] began bundling several extras, including one checked bag, one carry-on, the 'best available' seat and no fee for changing the ticket later, into a package it calls 'the Works.' " Why, this is practically philanthropy! (Matt Foley has probably noticed that "the Works" doesn't include the cup of coffee. Maybe Frontier will add a "Works Plus" package that includes the coffee -- but probably no more legroom.)

One reason the game continues, it seems, is that "passengers keep buying low fares." Says Spencer Carlson ("who runs a travel company in Kansas City, Mo."), "Most travelers take the cheapest fares and are then disappointed when they do the traveling." But, he adds, "Some airlines are figuring out this threshold."

"Seems the question isn’t whether airlines have gone too far," Christopher says. "They have, and they know it. It's more a question of which direction they've done it in. In an effort to eke out a little extra profit, are they more willing to anger their customers or their employees?"

Although Christopher doesn't go into it, I think it's safe to say that we could have gotten a whole other report on the many ways in which the airlines are squeezing money out of the hides of their employees. If you know anyone who works (or worked) for one, you've undoubtedly heard a smattering of the horror stories.

Instead, Christopher merely offers us this curious case. I hope he doesn't mean us to be inspired by this sort of counter-example offered by Spencer Carlson, the Kansas City travel guy.


Norwegian Air, a low-cost European carrier, offers one-way tickets from New York to Oslo at about $180 but has still figured out how to exceed expectations. Yes, it was extra for luggage, but Norwegian didn’t charge for in-flight movies, the food was good and the seats were comfortable, Carlson says. “I was blown away at the professionalism of the staff and the cleanliness of the aircraft. The overall experience was fantastic.”

Norwegian is an interesting example, because American carriers have been trying to stop it from operating in the United States. The reason? Instead of cutting back service, Norwegian found creative ways around high labor costs. Instead of using European or American flight crews, for example, it reportedly hires Bangkok-based crews through a Singapore employment agency who are governed by Singapore labor law.

Because having to pay flight crews a living wage is what's driving the cost of flying so high. Do you suppose Singapore labor law has anything to say about high-level execs having to make do with a few dollars less? (And as a matter of fact, yes, it is dollars, even in Singapore, where the Singapore dollar is the actual currency. I looked it up.) 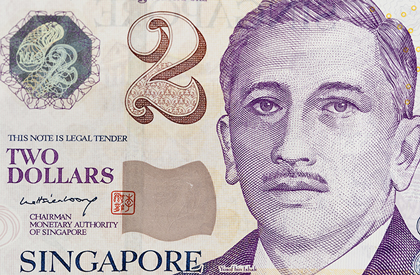