Tibet, The EuroZone, And Back Home-- Open Borders Closing? Passports Becoming Harder To Get? 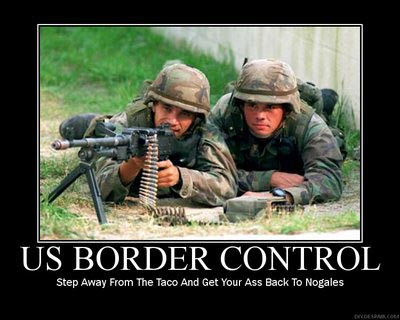 We were feeling lucky. We were about the close the deal on a fantastic villa in Damascus for the summer just when the Middle East exploded in protest. We've been wanting to visit Damascus forever but we wisely decided to put it off in case the protests spread from Egypt. Did they ever! So we were proud of ourselves that we had the foresight to forego the charms of Beit Al Kamar and plan a trip around Nepal and Tibet instead. Tibet can be sketchy in the best of times and Nepal has had some troubles of it's own (and only has 16 hours a day of electricity in the capital city). But these trips have an inertia of their own and right now our bags are practically packed and we're totally ready to rock. And then, trouble in Shangri-La.

China is stepping up security measures throughout ethnic Tibetan areas following a crackdown on unrest around a monastery in Sichuan province, in a sign of growing tension in the region.

Residents of Gannan Tibetan autonomous prefecture reached by telephone on Sunday reported that armed patrols in the streets had been increased.

One said a truck with “troops” was standing in front of the Labrang monastery in Xiahe, a mainly Tibetan-inhabited town in the area in southern Gansu province.

A resident in another area, the Deqen Tibetan autonomous prefecture in Yunnan province, said local authorities has intensified pressure on Tibetan residents. “Cadres have been making more visits to the villages, and talking about harmony and patriotism,” the person said. Local residents also reported a greater presence of armed police and soldiers in nearby towns.

Beijing drastically increased troop presence in Tibet amid its crackdown on the uprisings in the area in early 2008 as it did following ethnic Uighur riots in Xinjiang the following year, so armed police patrols and deployments at strategic spots are not an unusual sight in these areas. But the residents’ descriptions suggest that those forces are staging a show of strength.

It comes amid a growing country-wide crackdown on dissent which has peaked with the detention of Ai Weiwei, the outspoken artist, as the government frets about a wide array of challenges to its grip on power.

But Tibet is seen by the political leadership as fundamental to the country’s stability and national integrity with religious minorities encouraged to stay in line. Last week’s oil price protests by striking truck drivers in Shanghai, the world’s busiest port, was a reminder of the potent threat posed by inflation.

The latest security measures come in the wake of unrest at Kirti, a Tibetan monastery in Sichuan province, which could mark the biggest unrest in the region since the uprising and the subsequent crackdown in March 2008. The government says the riots back then left 22 dead but exile groups say several times that number were killed, many by security forces.

According to Tibetan rights groups, a 60-year-old Tibetan man and a 65-year-old woman died at Kirti when they, together with other local residents, tried to prevent security forces from removing hundreds of monks from the monastery last Thursday.

More than 300 monks were taken away on army trucks on Thursday night, and more monks were removed on Friday, said Free Tibet, a US-based group, citing sources in Aba prefecture, where Kirti is located.

“As the monks were being driven away in large trucks, the group of lay people – mainly in their sixties or older-- who had been standing vigil at the monastery gate were beaten “mercilessly” by police,” said the International Campaign for Tibet, citing local sources. It quoted an exiled Kirti monk as saying people had their arms and legs broken.

Meanwhile Tibetans in eastern Tibet have been staging a widespread and high-intensity boycott of Han-owned vegetable stores to protest high prices Chinese store owners are charging Tibetans. These are the kinds of conditions under which the Chinese stop issuing tourist visas. We're nervous.

It would be a lot less stable if we just went to Paris or Rome, right? Well, kind of, but even Europe is going through some serious changes right now. Other than the adoption of the Euro itself as a common currency, the biggest deal in tying the European countries together as a nascent super-state is the Schengen Agreement which allows for passport-free travel between the member states. It made it as easy to go from Germany to Portugal as from Vermont to Virginia. It looks like the exodus of thousands of North Africa refugees to Italy is upending Schengen. Sarkozy and Berlusconi have called for a "partial reintroduction of national border controls across Europe, a move that would put the brakes on European integration and curb passport-free travel for more than 400 million people in 25 countries."

Earlier this month, Berlusconi's government outraged several EU governments, including France, by offering the migrants temporary residence permits which, in principle, allowed them to travel to other member states under the Schengen agreement. An Italian junior minister said on Sunday that Rome had so far issued some 8,000 permits and expected the number would rise to 11,000.

Launched in 1995, Schengen allows passport-free travel in most of the EU, Switzerland, Norway and Iceland. But the documents issued by the Italian authorities are only valid if the holders can show they have the means to support themselves, and French police have rounded up or turned back an unknown number of migrants in recent days.

On 17 April, Paris blocked trains crossing the frontier at Ventimiglia in protest at the Italian initiative. "Rarely have the two countries seemed so far apart," said Le Monde in an editorial on Monday.

Yet, with both leaders under pressure from the far right, French and Italian officials appear to have agreed a common position on amending Schengen so that national border checks can be reintroduced in "special circumstances."

...Sarkozy, low in the polls and hoping for re-election next year, is threatened by the Front National and its leader, Marine Le Pen, who calls for the total scrapping of Schengen.

Berlusconi, whose poll ratings have also been sliding, is dependent for his majority in parliament on the xenophobic Northern League, one of whose leaders, Roberto Maroni, is Italy's interior minister.

Even before the exodus from Tunisia, gains by far-right, anti-immigrant parties in north Europe had put Schengen under strain. Centrist parties in Germany, Austria, Belgium and the Netherlands have all tried to appease the far right by threatening to re-erect national border controls.

This is a big step backward for Europe, a tightening of border controls that many recognize as an early step in the rise of authoritarianism. It's a movement that the U.S. isn't exactly immune to either. In fact, this week the State Department is tightening up on the ability of Americans to get passports.

The U.S. Department of State is proposing a new Biographical Questionnaire for some passport applicants: The proposed new  Form DS-5513 asks for all addresses since birth; lifetime employment history including employers’ and supervisors names, addresses, and telephone numbers; personal details of all siblings; mother’s address one year prior to your birth; any “religious ceremony” around the time of birth; and a variety of other information.  According to the proposed form, “failure to provide the information requested may result in … the denial of your U.S. passport application.”

The best reporting I've seen on this so far isn't on CNN or MSNBC but at BoingBoing which points out that "the form itself remains a Kafkaesque impossibility for most people to complete."

It seems likely that only some, not all, applicants will be required to fill out the new questionnaire, but no criteria have been made public for determining who will be subjected to these additional new written interrogatories. So if the passport examiner wants to deny your application, all they will have to do is give you the impossible new form to complete.

It's not clear from the supporting statement, statement of legal authorities, or regulatory assessment submitted by the State Department to the Office of Management and Budget (OMB) why declining to discuss one's siblings or to provide the phone number of your first supervisor when you were a teenager working at McDonalds would be a legitimate basis for denial of a passport to a U.S. citizen.

Would you consider me paranoid if I admitted I've been feeling for the last few years that the ruling elites think all this easy travel has gotten out of hand and that they want to dial it back... a lot?
Posted by DownWithTyranny at 9:00 AM

GOOD and nice information you shared with us get blessed:)
Infolx