Where's The Action? Not In Europe-- The 30 Most Dynamic Cities in the World 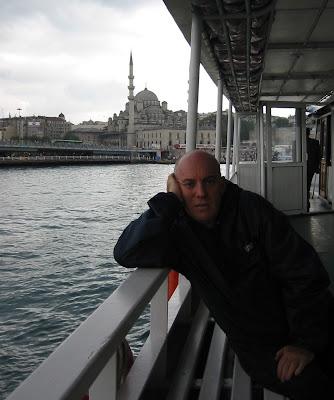 Today the Atlantic had a fascinating feature on the 30 Most Dynamic Cities in the World. And they mean the post-recession world. And awful lot of the cities I love traveling to, cities in the Developing World, are the ones leading the world out of the Great Recession. I mean don't look for Athens or Dublin or Lisbon on the list. They're going in the other direction. In fact, numero uno is Istanbul, since 1969 one of my favorite cities to visit. There's only one U.S. city on the list-- that beautiful blueberry in the middle of the red Texan hell, Austin. Montreal and Melbourne are the only other First World cities. The study found that "the world's fastest recovering cities are overwhelmingly in three key areas: China and India, Southeast Asian islands, and Latin America... Lima, Peru [number five]... has a big commodities sector that not only sustained it through the recession but also propelled its growth thanks to huge demand out of China and India. Like a lot of other Latin American capital cities, it was also a safe haven for capital during the global economic crisis. That fueled investment and income during the crisis and continues to do so now."

When you look closer at the report, more trends emerge. Port cities with large trade sectors dominate, due to their ability to put products in the hands of the world's healthier economies. China, India and Brazil-- three members of the so-called BRIC group (R is for Russia, which had no cities in the top 30)-- account for 13 out of the 30 cities, and fully half of the list if you count Taipei and Hong Kong.

"What the Chinese cities have in common is substantial direct support from central government, which made Shenzhen [number 2] and Guangzhou [number 7] global manufacturing centers," Berube said. "That propelled massive growth in the 15 years predating the recession."

As for the surprising winner of the Brookings' rankings, Berube was brave enough to admit he didn't have a clear answer for Istanbul's meteoric rise. "Istanbul was affected really badly by the recession, but it had incredibly strong growth in the past year, especially in employment, where the city outstripped everybody else," he said. "After the huge fall-off last year, I'm not sure how stable its number one status is."

As Istanbul's roller coaster proves, dynamism is a sword that cuts both ways. Cities that open themselves to the global marketplace can experience both the highs and lows of an uncertain world economy. Indeed, two of the top ten city performers in the pre-recession era, Dubai and Dublin, are now ranked 149th and 150th out of 150 in the latest survey after suffering twin real estate bubbles half a world apart.

29- Cairo, which has a bullet proof-- literally-- tourist industry, accounting for a seventh of the city's total employment! "Like other cities on this list, Cairo's low cost of living and proximity to key trade routes in the developing world have helped it stay afloat."

27- Montreal- "strong trade sector, anchored in aerospace and electronics, and propelled by the largest inland port in the world."

24- Riyadh- petrodollars plowed back into the public sector, infrastructure, and commercial development

22- Belo Horizonte- It's for Brazil what Pittsburgh used to be for the U.S. (steel)

21- Taipei- a rich city getting richer... the second best GDP per capita of any Asian city besides Tokyo, with a strong industrial base augmented by a world-class electronics sector

11- Hyderabad- IT and outsourcing

7- Guangzhou (formerly Canton)- successful product of patient government investment, which has turned it into one of the country's most important hubs for manufacturing and shipping goods overseas

1-Istanbul
Posted by DownWithTyranny at 4:22 PM