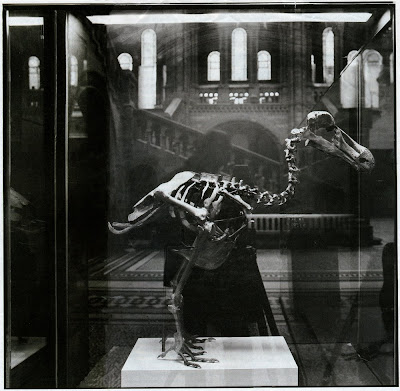 At one time I worked as the president of a division of TimeWarner. I was always very proud that I never-- not once-- used one of the corporate jets to fly someplace, something my peers all did. I was happy to fly with them on their trip but I always had the feeling that using a corporate jet was a tremendous waste of shareholders money and that it could be used for more productive endeavors. And I was perfectly satisfied with first class on British Air, my favorite airline. The flight from L.A. to London left at night, so you could change into your pjs, settle into your relatively private cubicle, have a fantastic dinner, read for a while, get a perfect night's sleep on a comfortable flat bed and wake up in the morning in time to get to your first meeting rested and without a trace of jetlag. All for $10,300 (roundtrip).

Now that I'm retired. I've discovered the allure of business class. Apparently I'm one step ahead of my former flying companions-- or at least the ones without corporate jets at their disposal. According to yesterday's Guardian, the British Air first class cabin is going the way of the way of the dodo bird.

Business class passengers famously draw envious glances from the herd in economy by turning left when they enter a plane, but it is the first class ticket holders who are the most pampered. On British Airways' 747s they ascend to their Kelly Hoppen-designed cabin and don their free pyjamas and slippers before supping on the likes of lobster thermidor, pan-seared wild Scottish salmon or roasted Cornish game hen, then slip between the sheets of their roomy-- and extremely flat-- bed.

Now, however, this most opulent form of travel is under threat.

The global downturn has devastated demand for expensive seats, and even Hollywood stars and bankers are shying away from BA's extravagant first class prices. The airline, stung by a slump in premium bookings that helped push the company into its worst-ever loss of £401m, has removed first class accommodation from four of its new long-haul planes, and is to review seating plans for other new aircraft.

"The long-haul aircraft that we take delivery of this year will not have any first class cabins in them," said Willie Walsh, BA's chief executive. He insisted there was no direct link to the recession, but he added: "Longer term we will review the configuration of [all] new aircraft." BA is also launching a service this year from Heathrow to Las Vegas, a prime destination for high-rollers, with no first class option.

First class is the last remnant of the more romantic days of air travel when BA's predecessor, British Overseas Airways Corporation, offered first class tickets alongside the more down-at-heel tourist or economy cabins. Its upmarket reputation has become even more rarefied over the years following the introduction of slightly less luxurious business class seats in the late 1970s, and cut-throat competition on the transatlantic market.

Walsh admitted that the cost of ripping out seats in the existing fleet is too great to get rid of first class in existing planes, leading industry watchers to speculate that upgrades for economy class travellers might become a more common occurrence... The cost of refitting an aircraft, at millions of pounds per plane, means that airlines will have to turn to riskier strategies such as overbooking flights until their new aircraft orders arrive. Airlines can guarantee strong revenues from economy class passengers if they overbook the back of the plane. Under that scenario, any passenger who is the victim of an overbooking could be upgraded to one of the many empty seats in business class, or bumped to another flight.