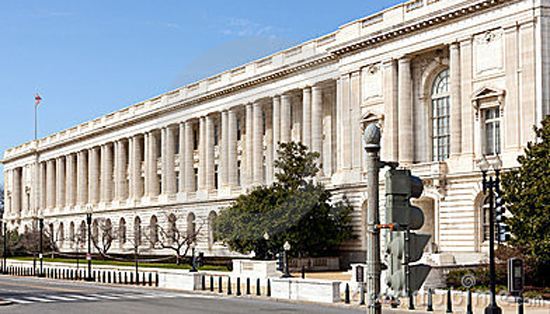 Yesterday's trip to Washington was a resounding success -- and never mind that the famous 3am train out of NYC's Penn Station left more than half an hour late, and chugged into D.C.'s Union Station a full hour and half late. "Mechanical problems" is all we were told the first time as well as the two subsequent times that the Train That Didn't Seem Like It Could went into hibernation. What me worry? After all, I had a three-hour cushion built into my schedule, even if in truth I never really imagined having half of it eaten up.

On the plus side, however, the thunderstorms that the forecasters had insisted were planned for the area were apparently called off, if not the 90-plus temps under those unexpectedly beautiful blue skies. Not a drop of rain was encountered until, on the cheap-bus trip back (at something like a third of the advance-purchase senior fare for the train trip down) at about the latitude of the Lincoln Tunnel we drove into a deluge.

There's so much I'd love to talk about, but I don't want to try readers' patience, so let me just say that with so much time to fill than I'd planned for before Francis Morrone's "Monumental Washington in the 1930s and 1940s")walking tour for the National Civic Art Society, the reason for the trip, which turned out to be one of the best I've done with Francis, which is saying a lot -- my goodness, the seemingly effortless command of so many different kinds of riveting material! Anyway, the trip was indeed accomplished in under 22 hours door to door (heading out at 1:25am and trudging back in about 11:15pm).

With so much less time than I'd imagined for pre-tour wandering, I just headed south from Union Station, after taking in its brackets to the west (the handsome old post office that now serves as the National Postal Museum) and east (the vaguely modern Federal Judiciary Center named for one of my heroes, the late Justice Thurgood Marshall). Meaning that I got to see, up close and personal, such sights as the cluster of Senate office buildings, starting -- in my ass-backwards route -- with Hart and only later, after strolling around the Supreme Court and the Library of Congress (not just the original, resplendent Jefferson building but the across-the-streets Adams and Madison), catching up with Dirksen and (gasp!) the palatial Russell (opened in 1909 and named for slimy Georgia Sen. Richard Russell in 1972). You almost need binoculars to see from one end of it to the other. Yikes!

Even though I've ridden past a lot of official D.C. buildings, I was still taken back -- taking them in at leisure on foot -- by the sheer scale of them. No wonder people who find their way to Washington with some kind of official title go kind of nuts! Of course, as Francis Morrone would point out later on our tour of the museums built in the '30s and '40s along the Constitution Avenue side of the Mall as well as the vast complex of government buildings that began taking shape at the same time in what became known as the Federal Triangle, across Constitution Avenue, that since buildings in Washington couldn't be built tall, in order to provide any decent amount of working space you had to build big, footprint-wise.

Still, I wasn't prepared for the megatastic size of the Supreme Court digs. I was thinking, you know, so you need nine suites, each containing a decent enough office for the boss, plus room for desks and files for the clerks. In actuality, though, it looks like you could provide office space for all the judges in the Americas and still have room for amenities like a video viewing space and maybe a nice rec room with Ping-Pong tables. 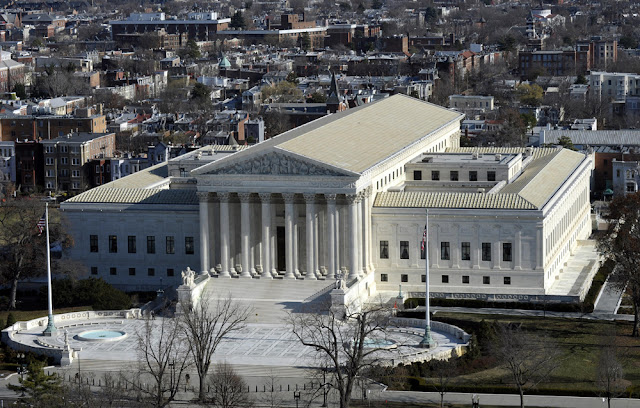 Can Justice Clarence come out and play? You can't begin to imagine from this view -- from all the way up top of the Capitol dome -- just how ginormous the Supreme Court building is.

While I was outside the Supreme Court palace, once I found the entrance (imagine my surprise to discover that the grandiloquent side I encountered first on my backwards route, facing 2nd Street N.E., is the back!), I had to fight the urge to shout out something like "Can Justice Clarence come out and play?" Yes, I know that on a Saturday morning in July you wouldn't expect to find a Supreme Court justice at the office, but I was thinking that Justice Clarence can never get too early a start preparing all those questions he'll be asking in next term's oral arguments.