Food Watch (Jersey City): Not for the weak of stomach -- the bacon craziness just keeps getting crazier 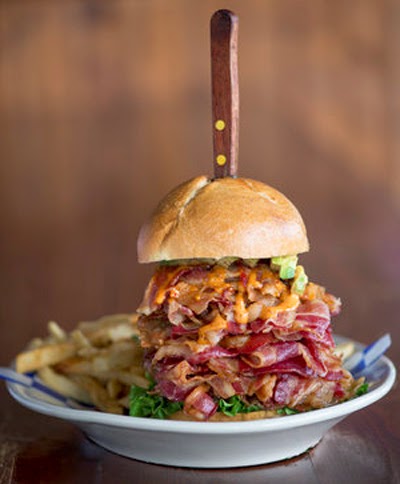 What? You settle for a BLT made with fewer than 50 strips of bacon? Then you need to hie to Jersey City by April 1 to the Zeppelin Hall Spring Bacon Festival to sample the Fifty Shades of Bacon BLT. (Note that the sandwich comes with fries, in case you were worried that it might be too heart-healthy.)

It was only last month that the March "Bacon Issue" of Food Network Magazine set DownWithTyranny Food Watch to wondering: "Hasn't the bacon thing by now gone a little too far? ('A little'? How about a lot?)" I'm not sure any more comment is required regarding the porkorama now in progress (through April 1) at Jersey City's Zeppelin Hall than you'll find in the Thrillist report by Cayla Zahoran, who took the pictures, and Thrillist NYC Editor Andrew Zimmer. 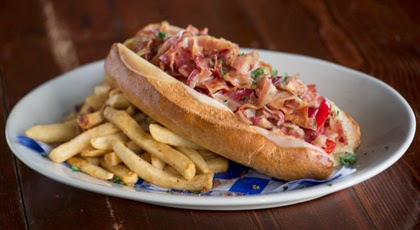 "Have you ever ordered a bacon cheesesteak and thought, 'Hey, there's way too much steak on this'? Well, your prayers have been answered with this cheesesteak loaded entirely with bacon. And feel free to call it a cheesebacon." 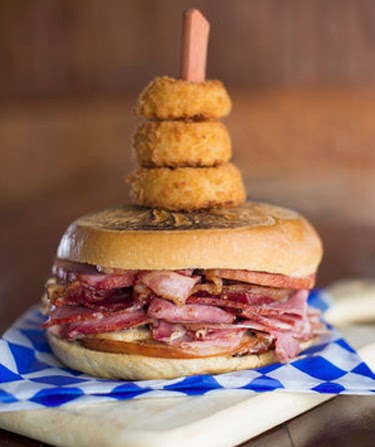 "If you were to travel around the entire globe sampling bacon, you'd be the awesomest traveler ever, but you'd also probably come back with an appetite for this guy: the Bacon World-Tour Monster Sandwich, loaded with 10 different types of bacon including smoked pork belly, Black Forest bacon, Irish bacon, beef bacon, pancetta, speck, turkey bacon, jowl bacon, Canadian bacon, and Tocineta Cascabel." 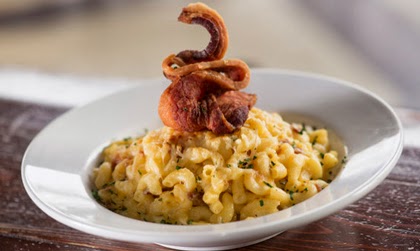 "This is the Double-Smoked Bacon Mac 'n Cheese. We suggest taking that bacon flower on top, crumbling it up amongst the pasta and cheese, and enjoying the change in texture as you destroy it." 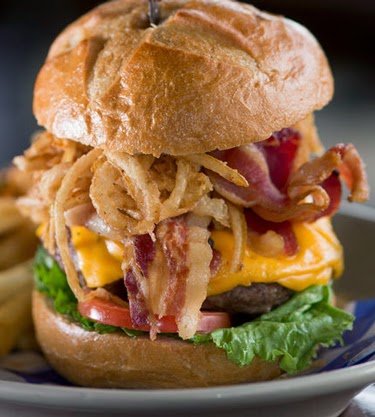 "Fried onions, melty cheese, and tons of bacon top the Bacon-Bacon Terminator burger, but what makes it truly a machine sent from the future to end all human existence is that it's stuffed with chopped bacon, diced and smoked pork chop, and bacon au jus. Judgement Day, indeed." 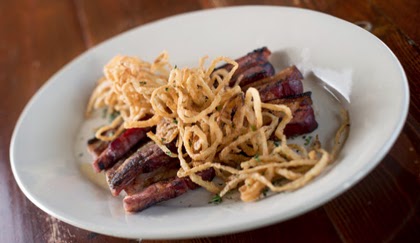 "Why anyone would want non-thick-cut bacon is a mystery, especially after downing this Steak House Bacon that's been double-smoked, grilled, and topped off with apple cider reduction and crispy onions." 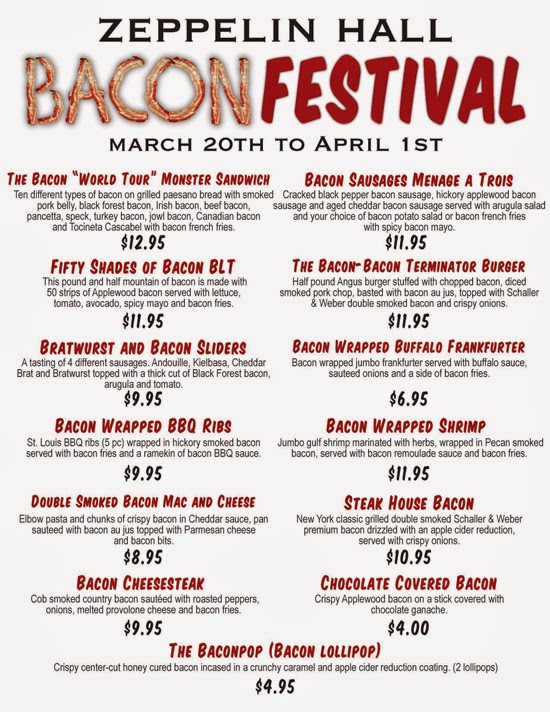 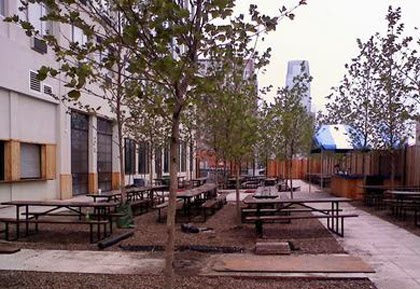