Exploring Cape Town and the Winelands 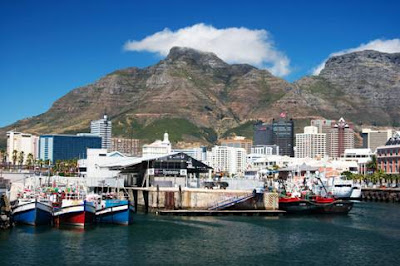 If you're visiting Cape Town for the first time, you’re in for something completely different. This town that started off as an isolated supply post at the end of the world is now one of South Africa's largest, most colourful and thriving cities. Safaris, beautiful beaches, the winelands and a thriving metropolis can all be found fairly close to each other.

If you arrive by sea the first place you're likely to land is the Victoria and Alfred Waterfront, and that's as good a starting point as any.

The V&A is one of Cape Town's premier tourist and shopping districts, but it's not all for show. The surrounding port is still operative and you can watch the busy operations as you visit the V&A's hundreds of shops and cafes or the Two Oceans Aquarium. 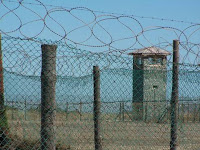 From the waterfront, you can head through the Nelson Mandela Gateway and board the ferry to Robben Island, where Mandela and many others spent years as political prisoners. And if a sea voyage is not on the agenda, take a stroll around and see Cape Town's iconic Cape Dutch architecture. It's an intriguing mixture of French, German, Dutch and British stylings unique to this part of the world.

If aquatic pursuits are more your style, Cape Town's unique geography makes for an interesting day at the beach. The Atlantic waters to the west are substantially colder than the Indian Ocean to the east, and each one harbors different creatures. The Indian Ocean is perhaps better for diving and wildlife while the Atlantic coast has more developed residential areas and restaurants.

Ranging a bit further out can be rewarding as well. Within a short drive of Cape Town are the South African Winelands, a UNESCO recognized region where many exquisite wines are produced. 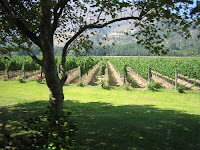 Whites, reds, German and French styles are all well represented here thanks to the region's rich colonial history and an extremely grape-friendly Mediterranean climate.

You can take one of many guided vineyard tours or set out on your own. Many visitors find that it's best to rent a car because public transit in Cape Town, while quite good by African standards, is still somewhat lacking. The Winelands spread out in a northeasterly direction from Cape Town and into the increasingly hilly terrain of the interior.

Locals call this region the Boland, Afrikaans for "uplands." The Constantia valley region is home to some of the Winelands' oldest estates and poshest dining.

Go a little further and you'll find the origin of some of South Africa's best wines in the area around Stellenbosch, the oldest town in the country.

The Franschhoek region was once settled by the French, and this small town still hosts more than thirty farms. Many of the vineyards of the Winelands have excellent restaurants on-site, and almost all of them offer tastings and cellar tours.
Posted by DownWithTyranny at 8:00 AM

My husband and I went to Cape Town in Nov 2006 for my 50th birthday. It was the most beautiful city I have ever visited on earth. (Pictures from our visit are available for viewing at http://community.webshots.com/user/kingcompton .) The people, the food, the wines, the environment, all simply stunning. I hope to return someday. PS The one thing to do there that the article failed to mention is to abseil (repel) off the top of Table Mountain (http://abseilafrica.co.za), the flat-topped sharply scaled peak which is surrounded by the city and winelands. Spectacular and scary at the same time, we did that to cure me of a fear of heights! It worked!