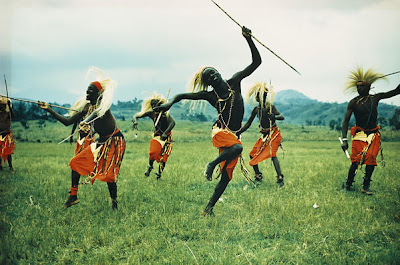 Whenever I talk about my long drive through Asia to Afghanistan and Nepal I try to explain how it was as much a journey through time and it was through space. In 1969 there were parts of Afghanistan that were like 1169. I lived in a "village" for a while where no one had ever experienced electricity or had heard of the United States. (Now they've all heard of the United States-- the faraway country occupying their homeland, bombing their homes, killing their relatives and running around in alien outfits that they would relate to people from another galaxy if they knew what another galaxy was. When I was there, the U.S. had landed a man on the moon; that was not something I was able to explain to anyone.) Anyway, today my other blog, Down With Tyranny is helping raise money for an electoral battle in Maine, where reactionary religious fanatics are trying to take away the rights of same sex couples to marry. Polling shows that the reactionaries will probably lose.

The reactionaries, however, should consider moving to Uganda. It's as backward and venal, at least in terms of rights for gay people, as they are. Just because the Jews (not counting the Abayudaya) rejected it as a homeland in the 1940s, there's no reason for American religionist nuts nit to move there en masse. Normal tourists, on the other hand, should probably skip Uganda. The country's tourism heyday was in the 1960s and it;s been all downhill since then. Lately they're trying for a comeback based on the flora and fauna that the backward, savage and dangerous people live around. They killed off most of the interesting wildlife, making it impossible to compete with the incredible safari parks in Kenya and Tanzania.

The country is trying to build up its tourism industry, emphasizing its Mountain Gorilla population at the Bwindi Impenetrable National Park. Tourists have been killed in Uganda's national parks and prudent travelers will give the country a wide berth, despite the efforts of the government to lure tourists with irresponsible and self-serving lies about how safe the country is.

The Ugandan government on Wednesday said the country is safe for tourists, despite last week' s riots that left 15 people dead, scores injured and property destroyed.

Serapio Rukundo, minister of state for tourism, told reporters here that the security situation in the East African country is under control.

"Uganda is absolutely safe. We are one of the safest countries in the world. What happened was just lack of dialogues," he said.

Rukundo's comments came after some foreign missions issued travel advisories requesting their nationals not to travel to the country and those within the country to stay indoors.

Moses Mapesa, executive director of Uganda Wildlife Authority, said riots happened all over the world and has not stopped tourists from visiting the affected destinations. He said what is critical is the country's capacity to contain the riots.

"Uganda is a safe country to visit, we have infrastructure, we have capacity and we have the attractions," he said. 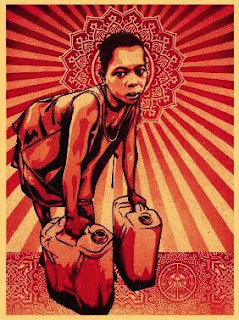 Uganda also has the most viciously homophobic laws of anyplace anyone would ever consider visiting. This month their parliament is determined to make the laws even worse-- way beyond their 2006 ban on gay marriage-- and seems enthralled with assigning the death penalty to homosexuality. Sounds like a veritable paradise for right-wing Republicans, though not so much for many of their elected officials like Lindsey Graham (R-SC), David Dreier, and Patrick McHenry (R-NC) to name a few who pop right into one's mind.

The blog Mad Professah Lectures points out that the atmosphere in Uganda is not just dangerous but "paranoid and hysterical." And the blog GayUganda grapples seriously with the death penalty aspects of the new law, a law that also criminalizes the "promotion of homosexuality, effectively banning political organizations, broadcasters and publishers that advocate on behalf of gay rights." Doesn't sound like the kind of place for a tourism industry to be taken seriously-- not in this decade.

Posted by DownWithTyranny at 8:26 AM

And this is why Ugandan gays are doomed. There's this exaggeration and hyperboly from people who know very little about the place. I am pro-human rights(be they sexual minorities, women's, etc). But the misrepresentation of the status quo in Uganda is nauseating. If there ever was a country in Africa where a gay would be relatively safe to live it'd be Uganda. But just because a bunch of politicians with some religious leaders in tandem have decided to play political football over the issue, doesn't mean there're or will be pogroms or angry mobs with pitch forks hunting down gay persons.
No person has ever been arrested for being gay in Uganda. While many gay activists who live in mansions and live jet-set lifestyles flying from western capital to capital, spreading exaggerations which are the ticket to their kitty, the average Ugandan gay is getting on with it, making a living. How many of these so called concerned persons instead of visiting these elites and hearing their "stories", have ever visited the slums of Kampala to engage with openly gay couples who are living without fear amongst their fellow straight brethren? Have any gone to the villages to see there persons who are known gays and lived to be old and were known to be gay?
Instead it's the so called "persecuted" elite gays living in mansions surrounded by walls, who's daily bread comes from the marketing of non-existent terror, the worse they can paint it, the more shekels are dropped into the pouch.
It's this disingenuous get rich scheme, which is inflaming passions here.
The problem in Uganda is two fold
1) Intolerant ultra-conservative Christian pastors cheered from the US in fact
2) The misinformed and disinformed brethren in the west as a result o those that disseminate this misinformation.

These two groups have chosen Uganda for their proxy war. Guess what? It's innocent gays getting along with their lives that will pay in the end. These other jet setting elite can just as easily jump on on a plane to the nearest foreign destination with their loot...

And as for tourism, to each his own, no one is forced to come to Uganda. But given that many do and do so frequently, it's a matter of taste....

I am all for people expressing their opinions as long as they are grounded in fact. This is most definitely not. Has the writer ever set foot in Uganda.

When I got to this blog and noticed that the picture at the top depicted Rwandese dancers, I lost hope before reading thearticle..

Freedom of speech, free blogs and then some one just posts whatever they think about a particular specimen. I wonder whether you came (if you did) to Uganda as a tourist or? After all you state that tourists get killed Uganda, so how did you survive bigot? I have an American here reading with me this, just minutes after he had said he would live in Uganda as far as he wants..life is easy and good.

Unused (above) is a rare voice of reason. Uganda is not the most dangerous place in the world to be gay, statistically there is far more gay-bashing in the UK and USA. Leaving aside those usual issues, what is extraordinary is the writer's equation of street-rioting with a lack of civilisation. A riotous citizenry is a very healthy sign of democracy! Nuff said... where's my molotov cocktail?

Insecure Countries For Women In The Global World

Today No matter how much we have progress but Insecure Countries For Women In The global world are still there. Gender-based elegance, female foeticide, domestic rapes and violence are some common problems faced by women mainly in Asian and African nations.