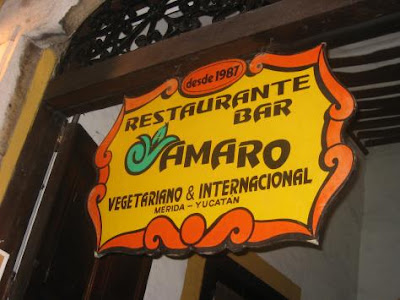 Roland had some kind of pork thing
I rented a house in Mérida to kick back and use as a base to explore the interior of the Yucatán Peninsula of southeastern Mexico, the old Mayan Empire-- and to follow up on some leads about Mitt Romney's being a longtime worshipper of Quetzalcoatl, the Aztec and Mayan feathered serpent god that the Mormons believe is the resurrected Jesus Christ. But in between... you gotta eat.

Today when we got back from tracking down an old family of Mormon polygamists near Uxmal-- with Romney connections from when the two families first fled America to live in Mexico in the 1800s so they could keep the polygamy hustle (like they still do in Arizona)-- we ate at a Greek/Italian restaurant in the neighborhood, Rescoldos. Their garden dining immediately transported us to Europe and the food was like nothing we've been eating in Mexico. Michael, who lives in NY and spent last summer in Italy, says his ravioli (stuffed with brie and garlic) was the best ravioli he'd ever tasted anywhere. I had scruptuous vegetarian moussaka that was better than any vegetarian Moussaka I ever found in Greece. Everything was delicious and fresh and very inexpensive. What a place!

Finding good vegetarian food isn't easy in Mérida and I had given up when we found Rescoldos. People here eat pork, lots of it. A the food tends to mostly be fried. Healthy eating doesn't seem to be much of a preoccupation. There's a long-time "vegetarian" restaurant that all the guide books hype, Amaro, just down from the Zocolo in the heart of touristville. It's not bad and there are a few vegetarian dishes (in the broadest sense of the word) but... it's not what I was looking for. Way across town is a franchise place called 100% Natural (near Sam's Club). They have these in Cancun and other Mexican resort towns. It reeks plastic and it's not worth the long bus ride. And we met this guy Pedro who has big dreams and a small new vegetarian placed called 2012 (on Calle 62 right near all the tourist action). It wasn't bad-- but not as good as Pedro's dreams. It was the closest thing to vegetarian though.

Ironically, the organic food you can only buy at a market called Superama here but that we eat in California, mostly comes from Mexico-- but from barren northwest Mexico, Baja California. The NY Times got into it this weekend.

Clamshell containers on supermarket shelves in the United States may depict verdant fields, tangles of vines and ruby red tomatoes. But at this time of year, the tomatoes, peppers and basil certified as organic by the Agriculture Department often hail from the Mexican desert, and are nurtured with intensive irrigation.

Growers here on the Baja Peninsula, the epicenter of Mexico’s thriving new organic export sector, describe their toil amid the cactuses as “planting the beach.”

Del Cabo Cooperative, a supplier here for Trader Joe’s and Fairway, is sending more than seven and a half tons of tomatoes and basil every day to the United States by truck and plane to sate the American demand for organic produce year-round.

But even as more Americans buy foods with the organic label, the products are increasingly removed from the traditional organic ideal: produce that is not only free of chemicals and pesticides but also grown locally on small farms in a way that protects the environment.

The explosive growth in the commercial cultivation of organic tomatoes here, for example, is putting stress on the water table. In some areas, wells have run dry this year, meaning that small subsistence farmers cannot grow crops. And the organic tomatoes end up in an energy-intensive global distribution chain that takes them as far as New York and Dubai, United Arab Emirates, producing significant emissions that contribute to global warming.

From now until spring, farms from Mexico to Chile to Argentina that grow organic food for the United States market are enjoying their busiest season.

“People are now buying from a global commodity market, and they have to be skeptical even when the label says ‘organic’-- that doesn’t tell people all they need to know,” said Frederick L. Kirschenmann, a distinguished fellow at the Leopold Center for Sustainable Agriculture at Iowa State University. He said some large farms that have qualified as organic employed environmentally damaging practices, like planting only one crop, which is bad for soil health, or overtaxing local freshwater supplies.

Many growers and even environmental groups in Mexico defend the export-driven organic farming, even as they acknowledge that more than a third of the aquifers in southern Baja are categorized as overexploited by the Mexican water authority. With sophisticated irrigation systems and shade houses, they say, farmers are becoming more skilled at conserving water. They are focusing new farms in “microclimates” near underexploited aquifers, such as in the shadow of a mountain, said Fernando Frías, a water specialist with the environmental group Pronatura Noroeste.

They also point out that the organic business has transformed what was once a poor area of subsistence farms and where even the low-paying jobs in the tourist hotels and restaurants in nearby Cabo San Lucas have become scarcer during the recession.

To carry the Agriculture Department’s organic label on their produce, farms in the United States and abroad must comply with a long list of standards that prohibit the use of synthetic fertilizers, hormones and pesticides, for example. But the checklist makes few specific demands for what would broadly be called environmental sustainability, even though the 1990 law that created the standards was intended to promote ecological balance and biodiversity as well as soil and water health.

...While the original organic ideal was to eat only local, seasonal produce, shoppers who buy their organics at supermarkets, from Whole Foods to Walmart, expect to find tomatoes in December and are very sensitive to price. Both factors stoke the demand for imports. Few areas in the United States can farm organic produce in the winter without resorting to energy-guzzling hothouses. In addition, American labor costs are high. Day laborers who come to pick tomatoes in this part of Baja make about $10 a day, nearly twice the local minimum wage. Tomato pickers in Florida may earn $80 a day in high season.

What a great big interconnected world. I wonder if President Romney would set up a shrine to Quetzalcoatl in the White House. I hope we never find out. Here's a photo of me at Chichen Itza, a sacred site where the feathered Mayan serpent god was worshipped. And below that is a Mormon picture at Chichen Itza that represents Quetzalcoatal as the resurrected Jesus. Bishop Willard Romney, the same guy who's running for president under the assumed name "Mitt" Romney, teaches this version of... whatever it is. 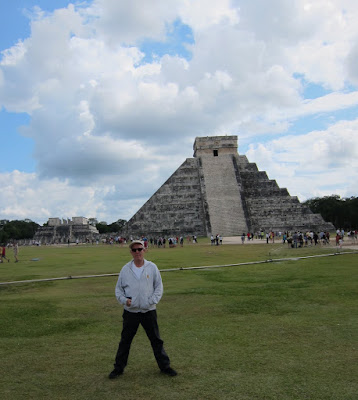 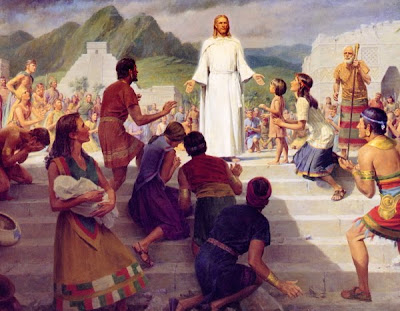 Posted by DownWithTyranny at 2:00 PM

There's at least one other great vegetarian option in Merida: Savia, open breakfast and lunches only, on C. 59 x 54 and 52.

Rescaldo's rocks...they have the most unique and inventive dishes. As regulars, we look forward to the daily emails that describe the evenings specials. Mouth watering reading for sure!! Enjoy your time in the Yucatan!!

That last illustration is hilarious. While all religions are inherently ridiculous, the whole Mormon thing is unbelievably over the top.

There are many ups and downs in life, but those who struggle never lose, you have written such a beautiful post that I have been encouraged to struggle more by looking at this post, I too write good posts like you Want, design post of this. It is very beautiful and the content you wrote in this post is even more beautiful.
Gurugram Escorts
Bhiwadi Escorts
Escorts in Sector 16
Noida Call Girls