A TOURIST IN SAN FRANCISCO... KIND OF 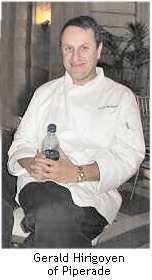 Lately I've been stuck. I know I have more to write about Bali and, of course, I need to get going on Thailand. And I've got a yen to write about Egypt and Cappadocia... but every time I sit down at the computer Down With Tyranny beckons louder and I wind up doing the Paul Revere thing and writing about encroaching fascism under George W. Bush. But I'm not writing at a computer terminal right now. I'm writing on the back of a corporate executive summary for a board of directors meeting I'm on my way to. I'm at the Burbank Airport at the Southwest Airlines terminal on my way to Oakland, about an hour away, as the (big) bird flies. My meeting, in San Francisco, starts in about 3 hours. To me, Bali and Thailand and Abu Simbel sound a helluva lot more exotic and interesting-- as least as tour destinations-- but I know San Francisco is one of the most popular travel destinations on earth. So I'm not going to let the fact that I lived there for the whole of the 80s stand in the way of me dealing with this short trip as a kind of travelogue.

Preparations were easy. Southwest has lots of flights between Burbank (convenient and less hideously encumbered with hassles than LAX) and Oakland (almost as hideously encumbered as SFO but still a bit more convenient, especially for arrivals. Leaving... well I'm convinced that whichever bureaucrat who runs security there either is bucking to be the most gratuitously obnoxious security czar of any secondary airport in the country-- or is just the reincarnation of some concentration camp kapitan with some unfinished issues to work out.) And the fares are cheap and the airline amenable to discounts for early bookings.

And the hotel... well, when I was president of Reprise Records and TimeWarner was picking up the tabs, I got used to staying at suites in the Ritz-Carlton. Now I'm either traveling on my own dime or, as today, on the dime of a much (much) smaller company and their corporate discount is with a boutiquey hotel owned by Kimpton, The Triton. The location is great-- downtown, a couple of hops and skips from the Chinatown dragon gate-- and I was able to walk to every meal and every meeting and to the Museum of Modern Art. Besides which-- its a pretty good hotel. Rooms start at $149 and work their way up depending on things like supply and demand and room size. (I'm jumpin' ahead a little but they have these cool, cool suites-- starting at $239-- each designed by the celebrity for which it is named: Jerry Garcia, Santana, Woody Harrelson, Red Hot Chili Peppers, Graham Nash...) It's a rock'n'roll hotel and it feels very comfortable in a pleasantly eco-friendly, artsy, odd-ball kind of way. There's great music in the lobby and elevator (sounds like my iPod), very friendly, down-to-earth service, bold, vibrant colors and fabrics and loopy furniture everywhere, bizarre art, a masseuse and a tarot card reader in the lobby and a wine hour every evening... very San Francisco contemporary. Sumptuous luxury like the Ritz? No. Comfortable, efficient and friendly? BIG TIME!

Friday night after the meeting that was the raison d'etre of the trip, 2 old pals, Sandy Pearlman, who I know since 1965, and Michael Snyder who I first met in the late 70s when we were co-writers on the BERKELEY BARB, joined me for dinner at Piperade a Basque restaurant at 1015 Battery. None of us had been there before although the chef-owner, Gerard Hirigoyen, is an old friend and has founded an old fave of all of ours, Fringale. Piperade is much better. Gerard has always been a sublime chef but years and years of perfecting it has culminated in one of San Francisco's great foodie havens. The menu is mind-blowing and unique (but only hints at what your palate is about to experience. (A few weeks ago I wrote about a Basque superstar restaurant in Madrid, el Amparo, widely acclaimed one of Europe's best. Piperade was far better-- and far more healthful (and far better priced).

All 3 of us were completely sold when our 3 tipiak (small plates) arrived: dungeness crab salad "Txangurru" with basil, roasted pepper and mango; piquillo peppers stuffed with goat cheese, pine nuts and golden raisins; and grande white beans with chopped egg salad and boquerones (sort of like anchovies). The flavors were distinct and vibrant and I kept thinking how I should have just made a dinner of an assortment of these incredible appetizers (about $10 each). I stopped thinking that when the handiak or big plates, came. Michael has filet of monk fish with braised fennel, carrots and lemon-cumin relish. Sandy and I each ordered braised seafood and shellfish stew in red pepper sauce. Let me just say that I do not remember the last time I took up a spoon to scarf down the last of any sauce left after I had eaten my meal! So did I really, really like Piperade? I brought 2 other friends, Jimmy and Maureen there for dinner the next night!
Posted by DownWithTyranny at 2:41 PM