Urban Gadabout: World Tourism Day is this Friday -- so go someplace! (I have some NYC thoughts) 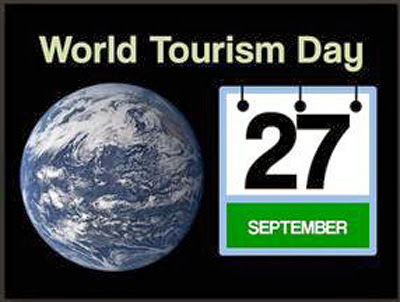 No, I don't know anything more about "World Tourism Day," and I'm not interested enough to research it. But I do know what it means to me, and one thing it doesn't mean is booking a $10K fancy-pants trip to some exotic destination.

For reasons that probably wouldn't interest anyone but me, regular travel-style tourism isn't terribly workable for me, but as "Urban Gadabout" readers know only too well, I've become a firm believer in the "tourist in your own city" approach, and if I did have occasion to travel, I would probably try to do it the way I've been doing my local gadding. I expect that in more and more places there are more and more opportunities for walking and other kinds of tours that explore an area's past and present, appreciating what's there now and understanding how it came to be there.

As I mentioned in my recent post "Catching up with Jack Eichenbaum," Jack -- who's the Queens Borough Historian -- had to postpone this tour from its original July date. People are probably more familiar with Jack's more or less annual "World of the #7 Train," a day-long trek along the subway line that goes from Times Square to Flushing. Awhile back he brought back his "Day on the J train," to Brooklyn and Queens, and now for the first time in a decade or so he's doing Brooklyn's Brighton line.


Brighton Line Memoirs meandering off the Q train
Saturday, September 28, 10am-5:30pm
This is a series of five walks and connecting rides along what was once the Brooklyn, Flatbush and Coney Island RR dating to 1878. Walks take place in Prospect Park, Brighton Beach, along Avenue U, in Ditmas Park and Central Flatbush. Lunch is in Brighton Beach where you can picnic on the Boardwalk. Tour fee is $39 and you need to preregister by check to Jack Eichenbaum, 36-20 Bowne St. #6C, Flushing, NY 11354 (include name, phone and email address) Get the full day’s program and other info by email jaconet@aol.com. The tour is limited to 25 people. Don’t get left out!

As I also reported in that post, although the last I heard Jack still had a fair amount of space, "The way it often works is that there's a flurry of registrations as the date closes in, and people wind up getting closed out. You don't want that to happen to you, do you?"

I still don't know of any better place to start exploring the city than MAS's tours (what's posted now is the schedule through November), and while a bunch of tours for the coming weekend are already sold out, the last time I looked there was still space in:

Note: I've done Eric Washington's 145th Street "hike" and loved it -- and also his "Harlem Grab Bag," of which there's another edition coming up Saturday, October 12.


ACROSS 57th STREET WITH JUSTIN FERATE,
PLUS "THE REAL GANGS OF NEW YORK"

I worried that I jumped the gun in providing a link for the fall 2013 Wolfe Walkers brochure, which I'd unearthed while doing my own Web rummaging, but Justin Ferate (who has been organizing the Wolfe Walkers program for some years now) finally attached the brochure to a list e-mail. (And if you're not on Justin's list, you're missing out on a wealth of information. Sign up now.) As it happens, there's hardly any time left till the first event on the agenda, "57th Street: Art! Music! Culture!," this Saturday the 28th at 1pm ("to approximately 4pm").


57th Street has long been a treasure trove of artistic, musical, and cultural delights. We discover the history, legends, and lore of this fascinating thoroughfare. Among the various sites will be Trump Tower, Tiffany’s, the Fuller Building, the Solow Building, Carnegie Hall, Steinway Hall, the Art Students’ League, and a selection of art galleries. Rediscover old friends, discover remnants of the street’s residential past, and view high-end new buildings. Tour will include several special interior visits.

Meet: Inside the entrance of Trump Tower, located on the east side of Fifth Avenue, between East 56th and East 57th Streets. A coffee restaurant and restrooms are available inside the building.

I've spent a lot of time on various stretches of 57th Street, and I'll bet it would be special to be able to see it through Justin's eyes, not to mention those promised "special interior visits." During the ominous weekend last October when the Northeast was girding for Hurricane Sandy, and the Municipal Art Society prudently canceled its tours, I found myself suddenly free to hook up with Justin's Halloween Greenwich Village "ghost" walk. I don't have much interest in ghosts, but I realized I'd never done a walk in the Village with Justin, and his view was bound to be different from any I'd experienced. It was, it was.

As it happens, this walk is scheduled on the same day as Jack Eichenbaum's "Brighton Line Memoirs," so I can't do it, but I'll bet that people who do won't ever look at this grand old street the same way. It's too late to take advantage of the discount for advance registration, so just show up at the meeting place (see above) with that check for $23 made out to Hermine Watterson.

It's a "19th Century Lifeways Lecture," "marking the 150th anniversary of the New York Draft Riots, the bloodiest urban insurrection of 19th Century America," tomorrow night, September 26, at 6:30pm. Justin will "examine the social pressures and misguided public policies that led to the powder keg that exploded in the streets of New York in July of 1863."

The Merchant's House Museum at 29 East 4th Street is a unique destination in its own right, not just for the survived 1832 Federal-style house itself but for the remarkable circumstance that a house worth's of furnishings and possessions from the family that lived there for almost a century has also been preserved. The lecture is free to museum members, $15 to others. For more information and registration, go to the museum's Calendar of Events. 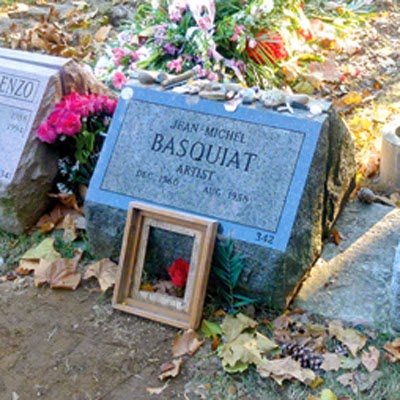 One of the sites planned for Saturday's "Far Side" tour

Green-Wood is a reminder of the days before we had major parks, when cemeteries on the outskirts of the city were places where harried urbanites went for a day's outing in nature, and Brooklyn's Green-Wood was in fact the prototype for New York City's first great parks, Calvert Vaux and Frederick Law Olmsted's Central Park (Manhattan) and Prospect Park (up the Terminal Moraine a piece in Brooklyn). Green-Wood has an active tour and events schedule, and while Sunday's "Historic Trolley Tour" is sold out, on Saturday at 1pm there's an intriguing-looking trolley tour called "The Far Side of Green-Wood," which will visit "sites not included on many other Green-Wood tours."


That's just some off-the-top-my-head thoughts, and just for the coming weekend. Don't neglect to check these folks' ongoing schedules -- including that of one of my favorite tour sources, the New York Transit Museum.