Are Frequent Flier Miles Worth the Trouble Anymore? 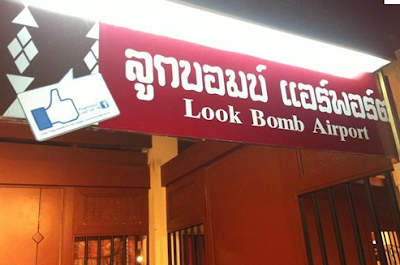 Some of my friends don't even bother collecting frequent flier miles. I used to be rabid about them. But most of the airlines-- particularly Delta-- have made them so difficult to use for anything worthwhile, that sometimes they barely matter any longer. Bottom Line published a post recently, How to Get More Mileage from Your Frequent-Flier Miles and it has some useful tips. Not earth-shattering, world-changing tips. Delta still sucks beyond belief... but useful tips.

Cashing in frequent-flier miles for the flights that you want can be devilishly difficult. Ways to overcome the barriers…

Use different airlines for different legs of the journey.

In the past, frequent-flier trips essentially had to be round-trips between two destinations on one airline or its partners-- that’s how the programs offered awards tickets. Today most airlines offer awards tickets per flight. So if you can’t find both the outbound and return awards seats you want at the frequent-flier price you want on one airline, you can search for a flight for each leg separately on two different airlines, assuming that you have enough miles on both airlines.

On some airlines, you might be able to add an extra destination without increasing the number of required frequent-flier miles. For instance, on Delta you could fly from New York City to London, then a few days later, from London to Paris on the same airline or one of its partner airlines, and then from Paris back to New York City. However, airlines are increasingly phasing out this practice.

Participate in the Southwest, JetBlue or Virgin America frequent-flier program.

There is a downside-- the number of miles required for an awards ticket increases with the cash price of the ticket. Still, participating in one of these three programs is a great way to ensure that you can get an awards ticket even to popular destinations and/or during busy travel times.

Airlines now impose fees for booking awards tickets over the phone-- usually around $25 per passenger for the entire trip-- but calling an agent can make sense when you’re having trouble finding the best ticket.

Good reservations agents not only know the ins and outs of the awards seat booking system, they also often have options available to them that are not available to customers through the airline’s Web site. These include cobbling together trips using partner airlines… changing planes in less obvious airports… or perhaps even unlocking seats that are not listed on the site as awards seats.

You pay nothing if the reservations agent can’t find a solution that satisfies you and you don’t book a ticket.

The single best time to find an awards seat is 330 days before the flight, when these seats first enter the system. However, additional awards seats often enter the system within two weeks of departure. Awards seats also tend to be plentiful for people willing to travel on Christmas or Thanksgiving Day rather than during the week before or after.

British Airways (BA) now charges extremely steep fuel surcharges. A “free” round-trip flight between the US and London could cost upward of $500-- on top of the frequent-flier miles required. That includes unavoidable taxes, but it’s mostly the fuel surcharge. Many other foreign airlines charge fuel surcharges, too, though most are nowhere near as steep as those of BA. To avoid these massive surcharges, redeem BA miles for flights on American Airlines, a BA partner airline that does not impose fuel surcharges.