Urban Gadabout: How I spent the earthquake, plus gadding to the North River, SI's Freshkills Park, and Constitution Island (opposite West Point) 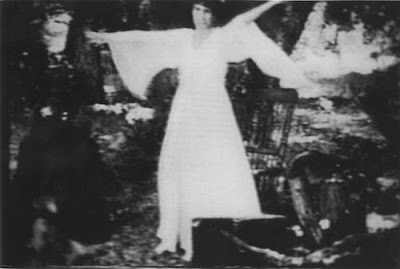 "It's not nice to fool Mother Nature."

So I guess it was a little before 2 this afternoon. Hey, if I'd known it was going to be history, I'd have checked the time -- I just thought it was, well, I didn't know what the heck it was, but I considered and dismissed "earthquake" as a possibility. We don't normally have earthquakes on the 14th floor of my building in the Financial District (Lower Manhattan) of New York.

So like I said, it must have been a little before 2, and I was at my desk in my cubicle on the 14th floor of a pretty sturdily built building (at least in the 2½ years my company has been here, the building has never moved that I'm aware of), and for a while the floor and everything kind of trembled, and after awhile people sort of looked at one or another, and somebody mentioned that there had been a 5.8 earthquake in Washington. Only I didn't make out exactly what that person said; I reconstructed it later after I found out that there had been a 5.8 earthquake centered in northern Virginia, which was also reported as 5.9 or even 6.0 Online somebody joked that S&P had upgraded the earthquake from 5.8 to 6.0.

Then we were hustled into the conference room to hear our HR director, who happened to be in California (as it happens, our office manager was also out of the office -- coincidence?), via conference call tell us to do whatever we felt necessary for our safety. She also warned us about taking precautions before getting on a subway, but somebody else reported that New York Transit was reporting no service delays. (And New York Transit wouldn't kid us now, would it?)

Me, I figured if an earthquake is coming to get me, I really wouldn't know where to go to escape its clutches. I figure you're just as likely to walk into it as to escape it. When I went back to working on the InDesign file I had been working on, the computer claimed that the file was damaged. I rebooted and tried reloading it, and while the program still voiced suspicion about the file being damaged, it then accepted and saved some small changes, and the asterisk went away. So far the file seems to be OK.

And that's how I spent the earthquake. We're not used to this sort of stuff here, but believe me, I take it seriously. It's not nice to fool Mother Nature. 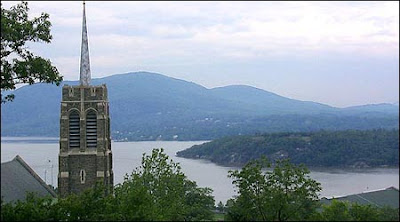 Constitution Island, viewed from the West Point side

As I write, I'm getting read to leave the office for this evening's Hidden Harbor Tour of the "North" (i.e., Hudson) River waterfront, and then tomorrow I'm actually taking off work for my first look, courtesy of a tour offered jointly by SI 350 (a volunteer group promoting celebration of Staten Island's 350th birthday -- apparently someone thinks Staten Island is 350 years old; I wonder how Mother Nature feels about that) and the NYC Parks Dept., at the work-in-progress Freshkill Parks, built with huge infusions of technology, cash, and manpower on top of the old trash megadump.

The Parks Dept. has been offering tours, but I could never figure out from the website where I would have to get to, or therefore whether I could get there via public transit. This tour, however, is leaving from in front of the library in St. George, the part of Staten Island where the ferry lands -- and that I know how to find.

Then Saturday I'm actually venturing outside the five boroughs of NYC, well up the Hudson River to venture onto Constitution Island, which is opposite West Point on the west bank of the river, and is only open three weekends a summer. I'm expecting to meet up with a Shorewalkers group at the Metro North train station in Cold Spring, on the east side of the river from the island.
#
Posted by KenInNY at 2:30 PM