Mark the dates for this year's Open House New York Weekend: October 17-18 -- and check out these upcoming OHNY events 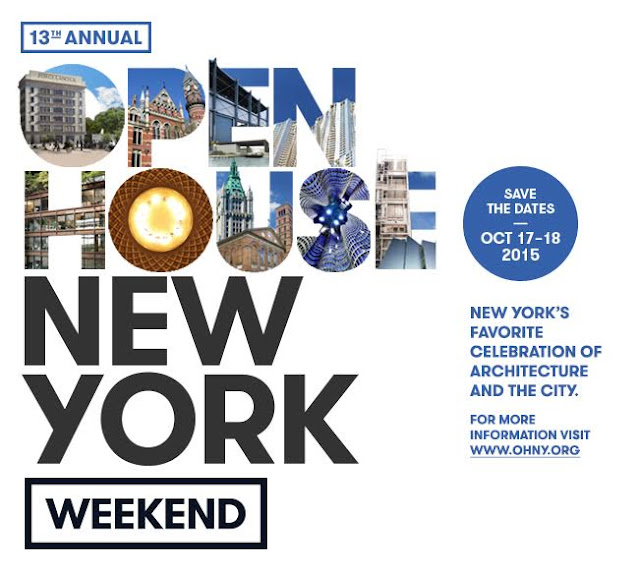 Open House New York is probably still best known for the mid-October weekend that is one of NYC's great events, Open House New York, where the general public is offered rare, often this-time-only access to sites of all sorts in all five boroughs, and to talks, and to tours of projects of every description that are planned, or under construction, or recently completed -- always guided by people intimately involved with the site or project.

The full schedule isn't announced until shortly before the great event, but bits of information may be dribbled out earlier, so you want to keep checking the OHNY website. (It couldn't be much easier to remember: ohny. org). OHNY members get a slightly earlier peek at the full schedule, but come the start of registration everyone's thrown into the same online maelstrom -- the saving grace being that there are so many events of such diverse interest that for most tastes some of the most interesting ones aren't among the most popular.


AND CHECK OUT THESE OTHER UPCOMING EVENTS

I said above that OHNY is "probably still best known" OHNY Weekend, but the OHNY schedule is now so jammed with fascinating events that I've come to think of OHNY Weekend as almost the least of it. We'd be here all night if I tried to list the places I've been and the things I've done in my year and two-thirds as a member.

Most events are open to non-members, but members get the advantages of prompt e-announcements of events and significant discounts -- or even free admission, especially in the case of lecture-type events like the new series of presentations on projects still in the planning stage, like the redevelopment of the highly visible former Domino Sugar Factory on the Williamsburg (Brooklyn) waterfront. And there are members-only events. (Note the "special combo" package of event-plus-membership offered for the Gowanus Canal Boat Tour.)

You'll also get to see most if not all of the hard-working OHNY team at most every event. They're good people -- you'll like them. If you're curious about past events, many of which are parts of still-ongoing series, you can find listings of "Recent Program" following the "Upcoming Programs" section of the website "Programs" page, and reports on many of them on the OHNY Blog. For information about membership, click here. In case it isn 't obvious, this is an exceedingly worthy organization to support.

Now let's get to those upcoming events.

I can't believe these won't fill up pretty quickly. If you think you might be interested, you should check it out pronto and see if there are still places. 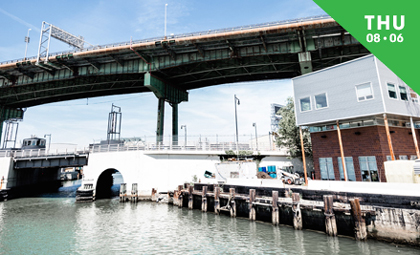 Following the successive openings of the Erie Canal in 1825 and Brooklyn's Atlantic Basin in 1841, the Gowanus Canal grew to become the busiest commercial waterway in the United States for almost four decades, from 1915 through the early 1950s. Today, the Canal is contaminated from this past intensive industrial use, as well as ongoing dumping from the city sewage system, but there are ambitious plans for its restoration and redevelopment. Join David Briggs, director of Gowanus by Design, and Andrea Parker, director of Gowanus Canal Conservancy, along with representatives from the US Environmental Protection Agency working on the canal's cleanup, for a boat tour along "Brooklyn's coolest SuperFUNd Site" to learn about how one of New York City's most polluted waterways is being reimagined for future generations as a model for 21st century urban planning.


And the next two events in OHNY's "Final Mile" series

We've done with the bus pilgrimages to the Hunts Point peninsula in the Bronx, where we had the amazing opportunities to tour the operations of: two of the three public wholesale markets operated by the NYC Economic Development Corp., the New Fulton Fish Market (for that one we had to meet in front of OHNY's office by 3:45am for a 4am departure!) and the Hunts Point Produce Market (the Hunts Point Meat Market, we were told, is differently structured and doesn't offer tours); and two enormous distribution operations, Baldor Specialty Foods and Food Bank NYC. It was four one-of-a-kind events, but the "Final Mile: Food Systems of New York" series is a year-long project, and these next events look pretty darned interesting too! 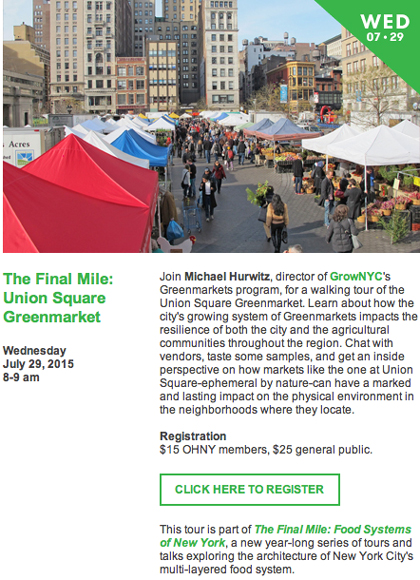 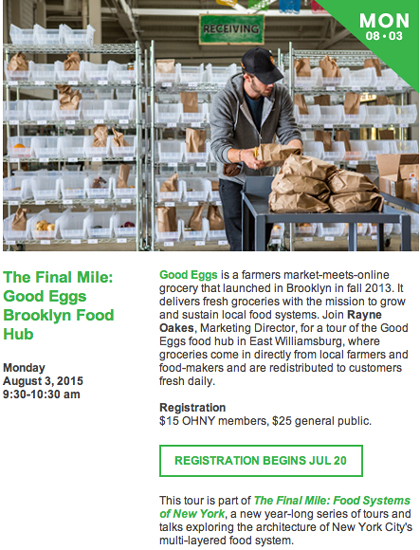 
Fifty percent of the food that New Yorkers consume every day is supplied by the Hunts Point Food Distribution Center. But what about that other half of the food we eat? This summer, Open House New York's year-long series The Final Mile: Food Systems of New York will continue its exploration of how food shapes the urban environment through visits to a mix of typologically diverse sites where food distribution is integrated more directly into the multi-use urban fabric of the city.