Trip Advisor's "12 trips of a lifetime" 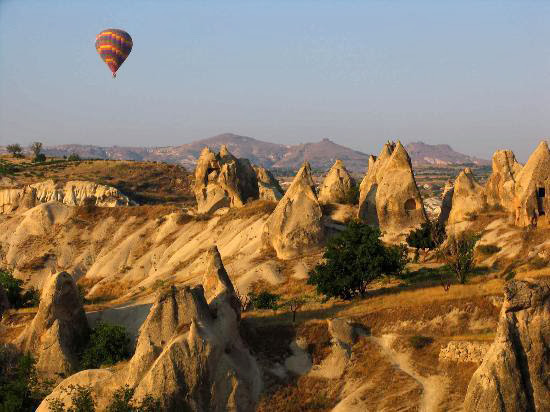 Soar in a balloon above unique landscapes: This is the most striking image of the Trip Advisor "12 trips of a lifetime," and looks like it might indeed be a cool thing to do -- except for someone with a pathological terror of heights, who probably has no business in a balloon.

You'll be pleased to hear that Howie is back on terra firma, in Quito (Ecuador), after his sea galavant around the storied Galápagos Islands.

Long-time readers know that his travels often take him to off-the-beaten-path destinations, while my gadding is pretty much confined to the service area of New York's Metropolitan Transportation Authority -- or, more specifically, anyplace my unlimited-use MetroCard will take me. At least as regards actual travels, that is. For travels of the armchair variety I'm prepared to go wherever a real-world traveler of the right sort volunteers to take me.

Once upon a time this was the province of writers in newspapers, magazines, and books. Video crept into the picture as early as the old newsreels but eventually got a big kick with the expansion of TV programming and more recently with the home-video boom. When I think how hard it was to follow along on the travels of Michael Palin when they could only be caught by synchronizing your schedule with such times as the various series happened to be shown on TV, I'm delighted by the ease with which they're now available on DVD. I know there are a plethora of other camera-accompanied travelers whose journeys can similarly be bought or rented at our convenience; at some point I suppose I'll have to troll for guidance as to which are worth pursuing. 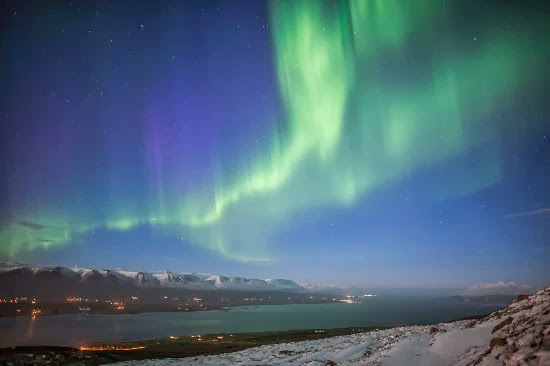 See the Northern Lights: Those Northern Lights sure look cool, but the trip is to northern Iceland, and with all good will toward the sturdy folk of Iceland, do I really want to journey to the north of their island?

Since there are gazillions of places I regret never having been, I was a sitting duck for a feature offered in a recent e-mailing from Trip Advisor, called "12 trips of a lifetime." I got on the Trip Advisor mailing list by writing a review after a memorable walking tour I took a year or two ago around the World Trade Center site, including a visit to the memorial itself. I had already done tours of both the Trade Center area and the memorial, but wanted an updated view, and by the end of the tour, "the amazing Debbie" (as I described her in my review) had become a dear friend to everyone. So when she asked just one thing, that we add a review on Trip Advisor, I felt obliged, and proceeded to find out what the heck Trip Advisor was and how it worked.

Of course, since that was -- and remains -- my only review, anyone who tries to vet it will discover that it is my only review, and that it must therefore be bogus, when in fact it is scrupulously truthful, and from someone who's hardly inexperienced in the world of walking tours. Anyway, I've never had any reason to write another review, but I do now get all sorts of e-mail from Trip Advisor, as well as notifications anytime a college classmate (presumably located on my paltry Facebook friends list) either plays a new golf course or visits a new inn -- or anytime anyone "likes" one of his reviews. (This is someone I last saw probably 40 years ago, though in that time we've spoken a few times on the phone and e-mailed a few times, and insisted that we really should get together at some point. That point just hasn't arrived, apparently.) 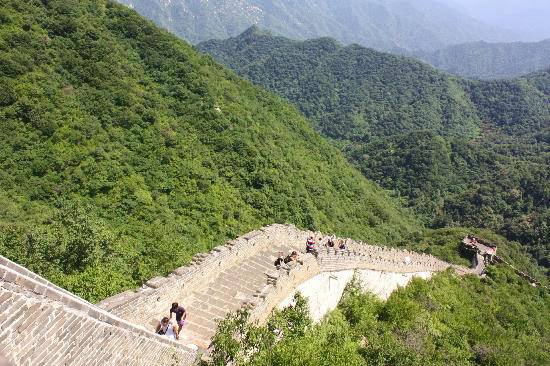 Walk the Great Wall of China: I love reading about the Great Wall, which sets my imagination, both geographical and historical, running wild. But I also have some idea of the ordeal you have to go through to get to any of the segments of the wall that are open to tourists, and the actual hiking doesn't sound quite as romantic as the image -- look at those steps! Also probably not a good place for a committed acrophobic.

Okay, so I clicked through to the "12 trips of a lifetime," and they're to places that pretty much all lurk in many people's imagination, including mine. And there are lovely pictures of all 12. So I got the idea that I might like to share this feature with our readers, incorporating, say, three or four of the pictures. Only when I took another look at the list, thinking I might choose photos according to the three or four places I would still most like to visit, I came to the realization that I'm really not inclined to add any of them to my list of Places I Most Regret Never Having Been.

The closest, in fact, is the one place on the list I can give myself partial credit for having been: Niagara Falls. It's only partial credit because the Trip of a Lifetime is to the Canadian side, whereas the visit I made with my family when I was maybe seven or eight was to the U.S. falls. I'm thinking it must have been on the late-summer cross-country car trip we made from our home at the time in Milwaukee across Lake Michigan to pick up my older brother at the summer camp where he had been a counselor, then somehow or other across the northern U.S. till we swung up to the Niagara area on our way to New York City, where my grandparents lived.

(Actually, I wish I remembered that trip better, since it must have taken me to or through places I've never been again. Apart from Niagara Falls, my one vivid recollection is of the ferry trip across Lake Michigan, which was rough enough that most everyone on board seemed to be vomiting, many of them publicly enough that the stench was itself a threat to the digestive equilibrium. I recall that they showed some kind of movie, but the thought of being trapped in a room with all that aroma was hurl-inducing.)

All that said, let's proceed to --


Trip Advisor's "12 trips of a lifetime"

The text comments are presumably comments submitted by Trip Advisor readers who have taken these trips.

"Great swathe of green light with hints of red sweeping across the sky and down to the horizon. Breathtaking!"

"The bungalows are beautiful... We certainly don't know how we'll be able to top this trip!"

Tour the canals in a gondola
Venice, Italy

"Venice is amazing, the Grand Canal is one OHHH AHHH after another . . . very relaxing, informative and romantic."

Marvel at the wonder of the Taj Mahal
Uttar Pradesh, India

"Magic - just magic! You don't realize until you go, just how stunning this place is."

"It's the perfect spot to enjoy the beautiful sunset, amazing volcano views in the Aegean Sea, peaceful ships..."

"The deeper side of the reef was extremely beautiful... the sheer beauty of the coral is unimaginable."

"The gorillas came very close to us - one even pushed me aside to get past with her baby. It wasn't scary."

Soar in a balloon above unique landscapes
Cappadocia, Turkey

"Cappadocia is probably the best place on Earth for hot air ballooning... to the canyon and all the way up to the sky."

"The trip of a lifetime. Inca Trail was such an experience. 4 days of hiking... worth it when you see the view at the top."

Journey to the edge of Niagara Falls
Ontario, Canada

"Maid of the Mist will make you feel alive . . . hear the thunder, feel the swells and pitches! A fantastic life long memory." 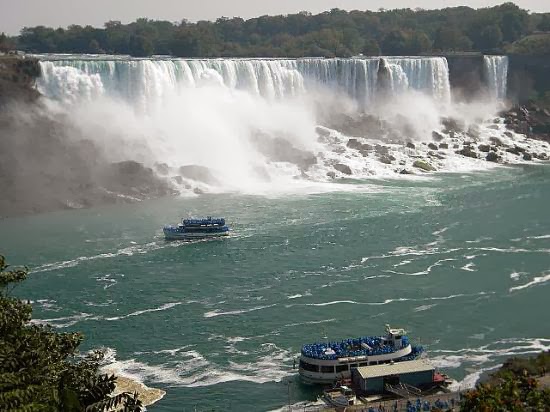 Now this is more like it! Niagara Falls from the Canadian side! But didn't we ride on the Maid of the Mist back in the '50s, from the U.S. side? I know we were on some boat. Still, I've always thought I might like to go back to the falls, especially now that I know so much more about how they were formed and have evolved.

I agree with the fact that these 12 trips should be done in a lifetime, but there are also beautiful places, which are not as famous as these ones. The important thing is to enjoy beauty and discover new, interesting places, not ticking a place on your To Visit list.