TSA Body Scanners Are Dangerous-- To Us But Not To Terrorists

U.S. taxpayers have coughed up at least a billion dollars on these intrusive body scanning machines that endanger our health and don't do anything to help make us safer. Dr. Lee Rogers, a prominent California surgeon from Simi Valley who's running for Congress against the head of the Armed Services Committee, Buck McKeon, whose entire career has been predicated on spending taxpayer dollars on his cronies' expensive projects, wants the scanners banned immediately.

"Currently, there are about 250 body scanners that use X-rays placed in American airports by the Transportation Security Administration which have screened millions of passengers. Last year, a report by the Inter-Agency Committee on Radiation Safety, which includes the European Commission, the International Atomic Energy Agency, the Nuclear Energy Agency, and the World Health Organization, concluded that pregnant women and children should not be subject to the scanning, even though the radiation dose from body scanners is small. The Committee also stated that governments must justify the additional risk posed to passengers and should consider other technologies to achieve the same end without the use of radiation. Recently, the European Commission banned the use of X-ray body scanners in all European Union airports, citing the health and safety concerns.”

“The TSA’s use of these devises violates an important principle in radiation safety: humans should not be radiated unless there is some possible medical benefit. The devices used for security screening are not subject to FDA regulations for safety, unlike X-ray machines in a doctor’s office. Additionally, TSA officers are prohibited from wearing radiation dosimeter badges, as worn by healthcare workers to track their radiation exposure.”

“It is obvious that the use of this risky X-ray technology is the result of the culture in Washington. The manufacturer of the X-ray device is a California company called Rapiscan Systems which has more than tripled their lobbying cash in the past 5 years. The health and well being of our citizens should not be for sale.” 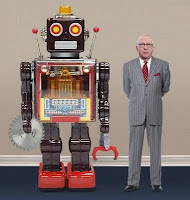 “As Congressman, I would work to stop the use of radiating devices for human screening that serve no medical benefit and I call on others in Congress to do the same. I would ensure that any future research on X-ray screening devices for humans meets the same ethical and safety standards that are required of medical devices emitting radiation. I would also fight to allow workers who operate X-ray machinery for baggage screening to wear radiation detector badges for their safety.”

The video above, from the blog TSA Out Of Our Pants! demonstrates the absurdity and mendacity of the TSA's insistence that the nude body scanner program is effective and necessary. "The scanners," wrote the blogger-- and engineer and frequent traveler himself, "are now effectively worthless, as anyone can beat them with virtually no effort. The TSA has been provided this video in advance of it being made public to give them an opportunity to turn off the scanners and revert to the metal detectors."

Dr. Rogers vows to introduce legislation within his first 100 days in office to force the TSA to stop using bodyscanners. We've never asked anyone to contribute to a political campaign on this blog before, but if you'd like to register your disdain for the body scanners, please consider making a contribution-- and even $5 and $10 donations help-- to Lee Rogers here at the Blue America ActBlue page.
Posted by DownWithTyranny at 8:00 AM