Is It Dangerous To Use Drugs In Morocco? 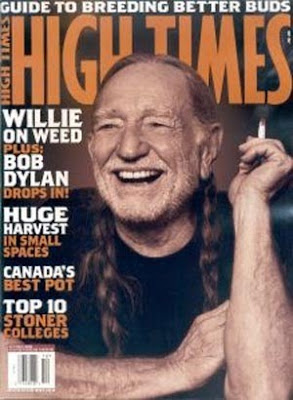 The first time I visited Morocco, in 1969, it was my first trip to the Third World... or anyplace really exotic. It made me realize that Europe was not all that different from America, at least by comparison. I fell in love with the country, the food, the sights, the sounds, the smells, the way of life. And I stopped counting the number of times I've been back once I hit the dozen mark.

That first time I went, I had a bit on an ulterior motive: drugs. I wanted to buy a kilo of cheap kif (their version of hash) in the Rif Mountains around Ketama, smuggle the stuff back to London where I could pack it up well and send it to America, where an accomplice could sell it and help me finance a trip I was about to take to India. That worked out fine-- not just because the deal was smooth all around but also because Ketama and the Rif were pretty different from the rest of Morocco and really interesting. But I've never been back in the 40 years since. I'm more attracted to the urban experiences in Fez, Marrakech, Tangier, even Taroundant and Essaouira. And I don't use drugs any longer; my drug karma is all over now. Inshallah!

Kif is widely available in Morocco-- and one of the country's biggest sources of income-- and sometimes it seems that everyone is smoking it. But it's illegal, if, more or less, tolerated. Although less so than even a decade ago, it's hard to take a walk around without someone offering you some kif. And there are cafes in most places I've been where Moroccans are sitting around smoking kif in hookahs while sipping sugar with some mint tea in it. But if a tourist flaunts it-- like by smoking a joint while walking around a city-- it could be real trouble. The police don't come looking for tourists to bust but they do react when you wave it in their faces. (It's like homosexuality. It's illegal but no one is trying to bust any tourists for it.) However, if you do wind up being arrested, the best thing is to pay a bribe (baksheesh) fine on the spot. Otherwise, you could wind up in jail for ten years.

People ask me all the time if Morocco is a safe place to visit. I certainly think it is-- and I've written about the subject-- but when it comes to drugs, is any place "safe?" Today an American icon, 77 year old country singer Willie Nelson, was arrested in his home state, Texas, because officers at a police check point smelled pot, searched his tour bus and found 6 ounces.

"It's kind of surprising, but I mean we treat him like anybody else," [Sheriff Arvin] West said.

"He could get 180 days in county jail, which if he does, I'm going to make him cook and clean," West said.

"He can wear the stripy uniforms just like the other ones do."

Probably less likely to happen in Morocco-- a far more interesting place to visit in any case. And is this stoner music, or what?

Posted by DownWithTyranny at 11:12 AM