Travel Safety-- WE ARE Passengers Not Prisoners 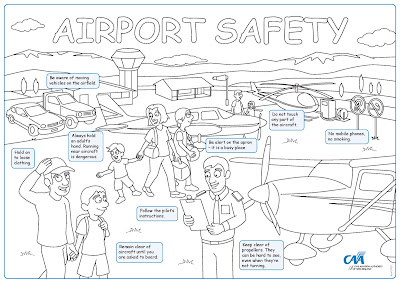 I want to share a little website with you than my old friend Ian put together, Passengers Not Prisoners. I think any traveler will relate to it. Ian's an anger-management and conflict resolution counselor and lecturer. He's way into violence prevention and is always on the road speaking at shelters, schools, hospitals, clinics, and drug-treatment programs. (He's also a record producer and concert promoter.) This is the intro he wrote for Passengers Not Prisoners:

Freely exercise the right to travel, and more fully know your world and that it is almost invariably a safe place. The vast majority of the people on the planet are not benevolent, they are simply indifferent to you.

The world is not becoming more dangerous, it is becoming safer. A person was six times more likely to be murdered in the Middle Ages than today. It is just that today, through the mass-media, we hear about more instances which leads to a distorted sense of jeopardy.

People invariably only attack one category of victims: those that they feel deserve it. Out of the over 6-billion people alive today, they have better people to harm than you so the key is to not give them a reason to do it. (Even among those incarcerated for violent crimes, in study after study it has consistently been found that less than 6 percent of them can be clinically classified as sadistic.)

Aggression is communication, arguably the first act of communication. All individuals, no matter how wrong they may be, at the moment of action believe that they are right. Counter-attacking only leads to an intensification of conflict and a greater sense of isolation and opposition. Empathy (emotional understanding of others) and education are the most potent antidotes to softening adversarialism.

I've been traveling since I was 16 years old, when I tried to hitch hike to Miami Beach from Brooklyn to spend Pessach with my grandparents. Two years later I succeeded in hitching to Los Angeles, where I stowed away on a ship headed for-- in a roundabout way-- Tonga. I still haven't gotten to Tonga... but I'm workin' on it. Meanwhile, all of what Ian is talking about is the kind of stuff I've experienced first hand-- walking around in "wild" places, from Timbuktu and Cairo, East Jerusalem, Tangier, Kandahar, Katmandu, Tehran, East Berlin (back in the day), Mexico City, the slums of Bombay, Calcutta, Istanbul... and, yes, it all seemed mighty safe.

On the other hand, sometimes it seems like the ruling elites are discouraging travel and drumming up divisiveness across the world. Ian addresses it as Homeland Insecurity:

A fundamental confusion seems to have occurred. The government and the entire transportation industry exists because of us. They work for us (the citizens), we do not work for them. The harassment and systematic subjugation of innocent and law-abiding individuals must stop.

Positive change almost always fails because of the inability of a system to admit its own failure, instead amplifying the intensity of what it is already doing rather than truly changing course, and, thus, compounding the original error.

Raise the bar higher and the competition inevitably rises as well. Feeling secure does not equal true security. Some risk will always exist. We will never have (…and never have had) total world peace. All that we can strive for is ever-increasing relative peace. 80 percent of the resources should not be spent attempting to control the ultra-exceptional (i.e., far less than 1 percent of instances) that by their very unique and extreme nature are unpreventable.

Clearly, the next terrorist attack will come from within the system designed to prevent it. As the system grows larger and the number of employees goes up, so does the exposure, as well as standards and ability to supervise going down.

It's kind of been a truism of air travel for decades that the food isn't too good-- although in international first class it kind of is. But do the roaches and bacteria know first class from steerage? FDA inspectors found a host of health violations in recent inspections of the 3 major airline catering facilities (serving Delta, American, United, US Airways and Continental). The conditions for the food prep were rated "unsanitary and unsafe."

The FDA reports say many facilities store food at improper temperatures, use unclean equipment and employ workers who practice poor hygiene. At some, there were cockroaches, flies, mice and other signs of inadequate pest control.

Posted by DownWithTyranny at 6:15 PM